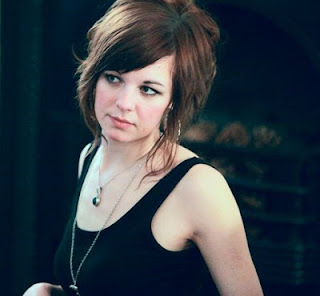 Sally Jenkinson is a twenty-something year old poet, popular on the poetry scene in Bristol.
She likes Cider and boys and that’s ok.

Q1. Hey Sally, I was in Bristol doing poetry a couple years ago and the city looked like it was falling down. How's it holding up?

Yep, it’s holding up just fine thanks. And the bits that are falling down, are doing so quite beautifully, and someone has probably spray-painted or knitted something pretty onto it. They do that in Bristol.

Q2. Speaking of Bristol, the environment is usually the writer’s muse – you’ve even been called an “urban poet” but how does Bristol come through in your poetry?

Erm, I’ve had some visceral and brilliant and terrifying and delicious experiences in Bristol, so the very fact that the city has been a back drop to all those things in my life means that it pops up a lot in my poems.
Also, I’m from Yorkshire which is really far from Bristol so I’ve got a bit of a love/hate relationship with it. I hate being so far away from my family, but Bristol is definitely my home. I’ve got a poem about Severn Beach, which is sort of a weird commuter town outside the city where the Severn Bridge crosses to Wales. There’s nothing there except some houses and a factory and it’s NOT A BEACH, but I’m kind of obsessed with it.

Q3. You're a very lyrical poet; this is something I really enjoy about your work - how do your poems work as poems rather than as raps or songs?

I’ve never rapped in my life. I’ll fight anyone who says otherwise. I read a lot of poetry, but also songs and songwriters have a big influence on me, especially Tom Waits, Leonard Cohen, Patti Smith, among others, so maybe that’s a thing. I think if you’re just saying words… no music or pictures or explosions…then you’ve got to kind of make the words as colourful as possible so that they fill up all the space the reader’s head. A very good friend told me recently that I write pop-song-poems. Not really sure how to take that.

Q4. You've gone into theatre and from the sounds of it your show is making waves. Are you touring it? Tell us about it...

I accidentally wrote a poetry musical. Right, I need to stop saying ‘poetry musical’. It makes me sound like a twat. I actually might sound like a twat anyway. I wrote this piece of poetry / play that’s got a full score on guitar. It’s sort of like a soundtrack like in a film. I’m chatting away and there’s this gorgeous music that has been written specifically to go with the words. An amazing musician called Nuala Honan wrote the music, and she plays it live with me on stage. She makes me look well cool.
It’s called ‘Folly’, and it’s about dragging your broken heart around the world and not finding yourself, or finding anything except that you’re still a grumpy English girl, even when you’re surrounded by a postcard scene. Sometimes we think it’s a confession about leaving, sometimes we think it’s a play about why we travel. Imagine what happens when a grumpy Yorkshire poet lady and a grumpy Australian musician lady get together and write about trains, planes and cheap booze. It’s that.
Yes, we’re touring it in March / April hopefully. Just in the process of trying to sort all that out at the moment. It’s not easy!


Q5. Sounds great Sally! ... but what the hell is a poet doing in theatre anyway? Shouldn’t you be stroking your chin and staring out the window somewhere?

I can’t sit still for long enough to stare out of windows! I think the lines between theatre and concert venues are a bit more blurred these days. We did the debut in a theatre because we wanted to do it a bit fancy-pants, but I’ll perform anywhere anyhow really. I’m easy, poetry-wise. 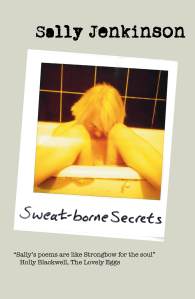 Q6. We’re both published in the Burning Eye Books ‘Pamphlet Series’ and we’re both gigging poets so how do you think your work translates from stage to page and visa versa?

I dunno if there’s as much of a divide as some people make out, really. Maybe it’s just about how you choose to share your work. Having said that, I’ve got some poems that I love performing, that look stupid on the page and I don’t think I’d ever put them into print!


I feel like there are some poems that are better on the page because they don’t make a bold, specific, fast impression, and they are more intended to be read and re-read and considered slowly. They’re the ones that I want to offer to people, spread carefully onto a piece of toast for them to chew at their own leisure, rather than smearing the words straight onto their face. Some poems are for shouting and smearing, some are for toast. OK?

Q8. I only wanted to interview you so I could ask you that, so to wrap this up Sally, where can we hear more from you?

I’ve got a website! Thanks for asking, I’ve been meaning to make one for years and I just got round to it. Have a look- www.sallyjenkinson.com

Posted by Raymond Antrobus at 06:45