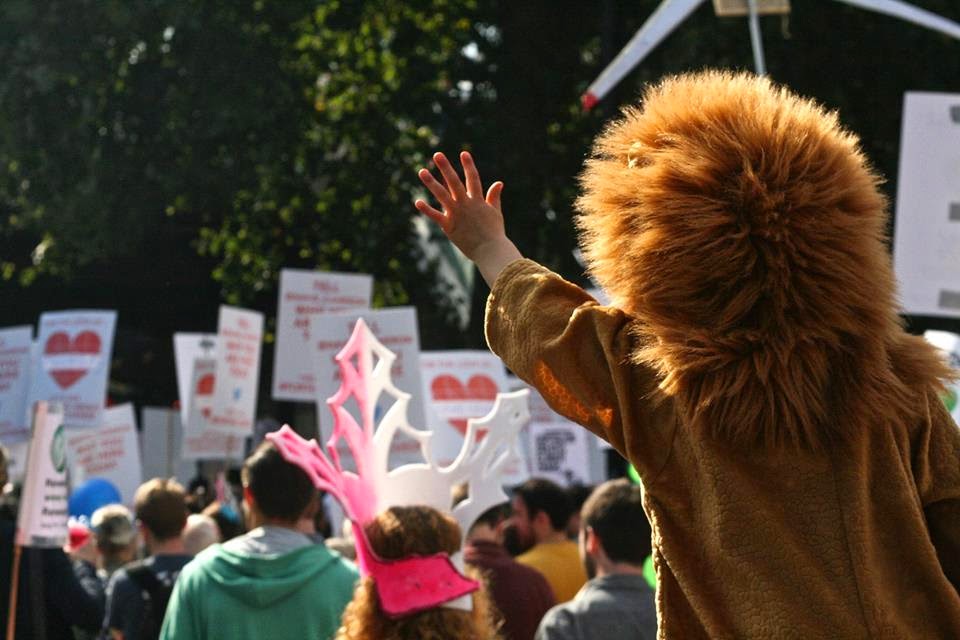 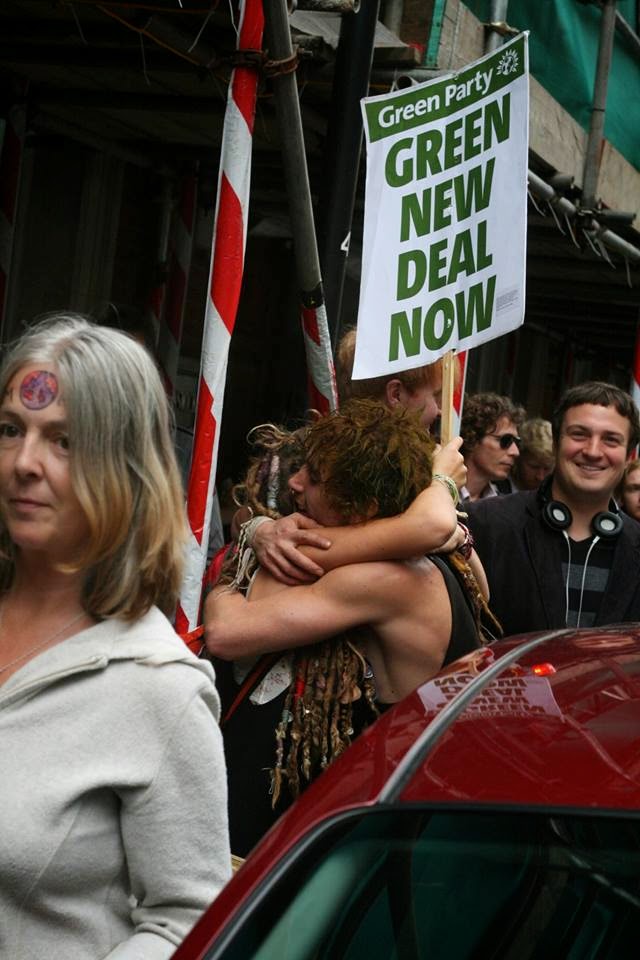 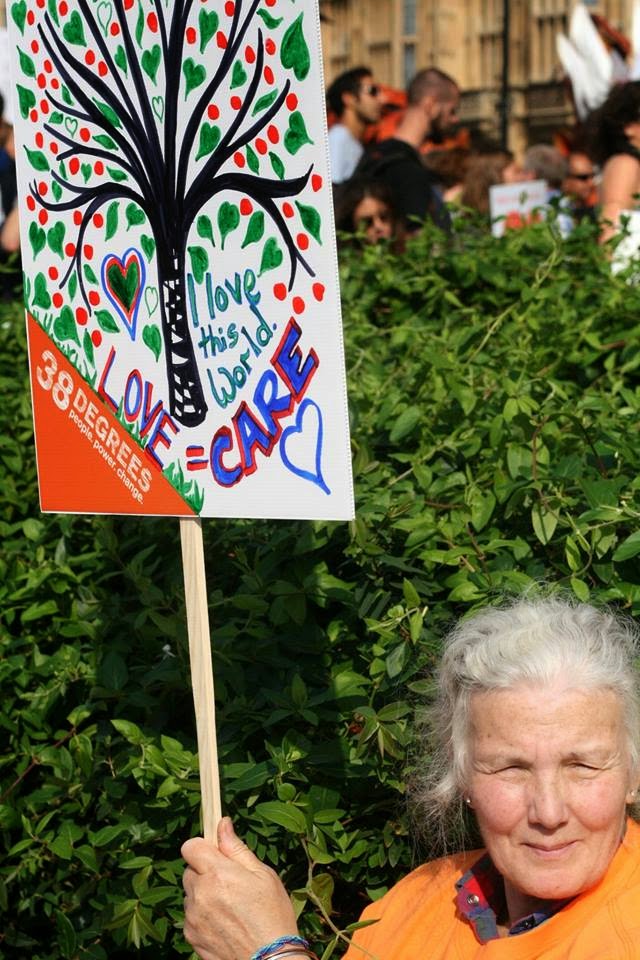 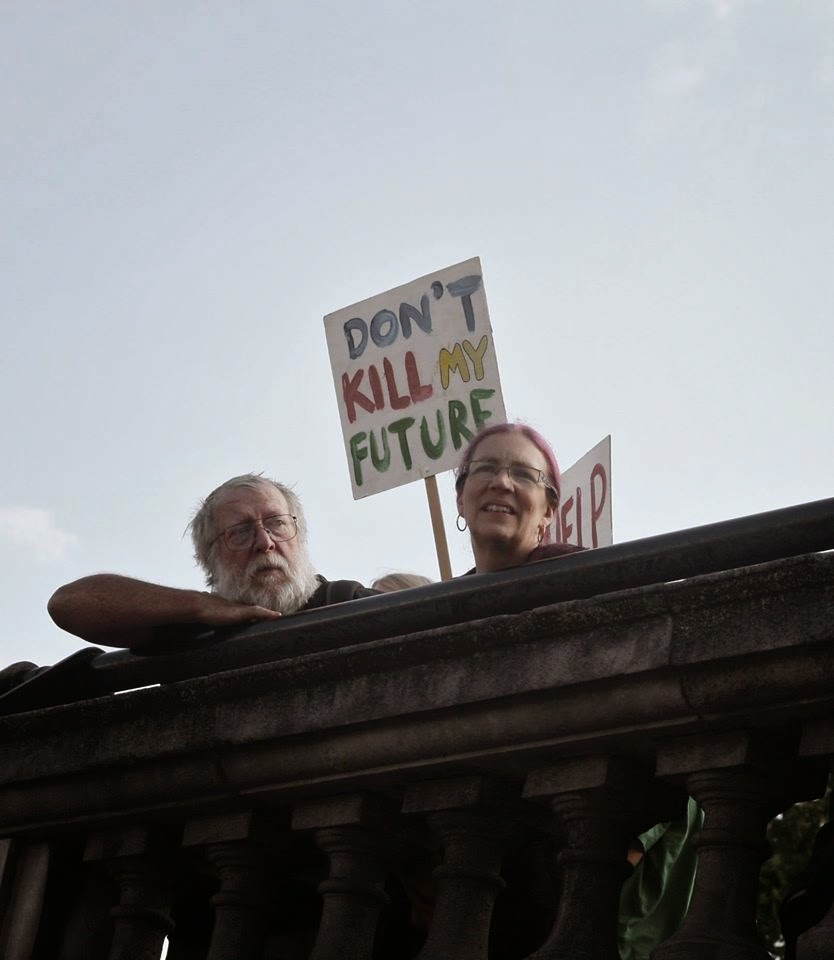 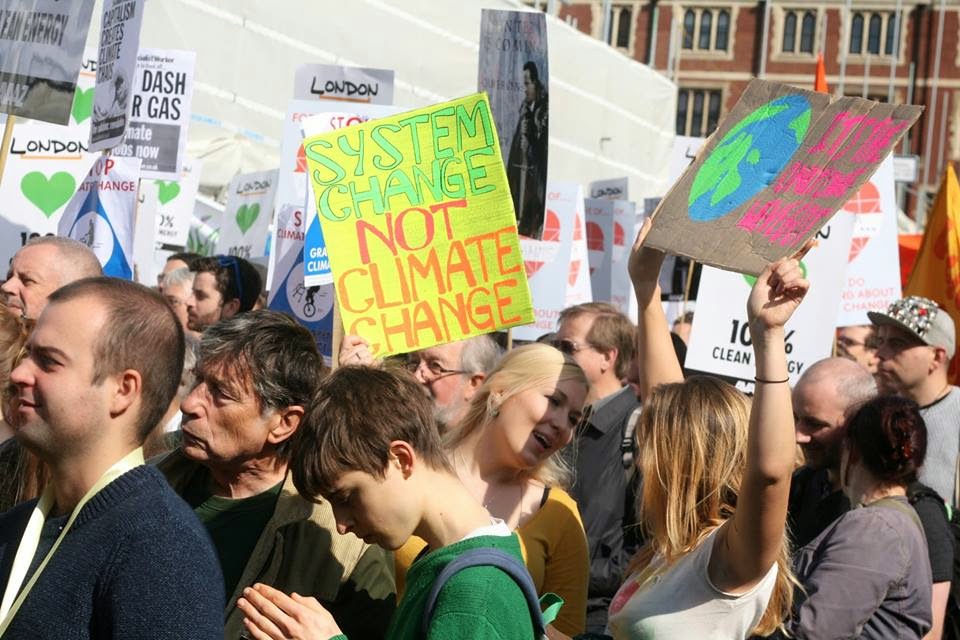 Posted by Raymond Antrobus at 16:14 No comments:

On Exhibit B & James Baldwin On Education

Exhibit B was cancelled in London this week and much has been written on the case already. Firstly, I did not see the exhibition so my judgement, like most people in London, is based on A) the exhibition cost £20 - who was that money going to and who is this exhibition really aimed at? it reeks of classist cultural ownership, B) Brett Bailey, the creator is a white South African and was educated under the Apartheid regime, (a time when black people were denied education), bad move for the Barbican to not have had more dialogue before booking the exhibit and C) the promotional photographs of black people in cages aren't very imaginative if it's aim is to inspire a re-thinking of slavery.

I recently finished my Masters in writing and teaching, and I'm currently teaching in schools. My stance is that racist indoctrination is still alive and judging by the reading lists on every school / university / curriculum I have come across, our educational institutions still glorify and endorse racist literature, defended by creative writing and English Literature professors as "the mentality of the time". I'm not even saying to remove or censor these writers, I'm saying, it can't be taught without taking the painful narrative of colonial atrocity seriously. Without asking why all the "uncivilised, barbaric, savage" language is something that can pass without deeper interrogation of racism, how it translates today and why the establishment forgives it? 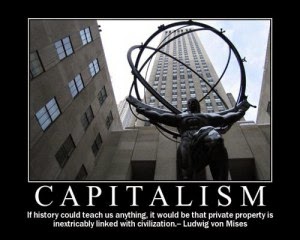 Much empathy is needed from teachers (I don't just mean qualified teachers in schools, but anyone sharing and accessing knowledge) in the presentation of this history. They need to understand that every time a white writer calls a black person a nigger, he / she is denying their humanity. It seems these "canonised" writers who are used as models of supreme literary achievement (such as H.G Wells, Darwin, Conrad, Kipling, Woolf, Lawrence, Larkin) and let's not even get started on the Americans, who assumed black people would never read their books, because the system they believed in would forever keep them illiterate. These writers were not stupid, they were racists, directly benefiting from slavery and defending white supremacy. To call black people human would be to admit that the only thing rich white people were by default is human rights abusers. What kind of teacher would not be able to empathise with this? Perhaps a teacher, who themselves are victims of a racist education? This requires a deeper exploration on race politics, particularly if you're a white teacher educating students of colour. How can we expect black and white students to have the same response to these narratives? Its about creating an honest history and debate between all students  and teachers (regardless of background). Would this not be a positive move in bringing us all together?

Toni Morrison and Chinua Achebe have written excellent essays on this 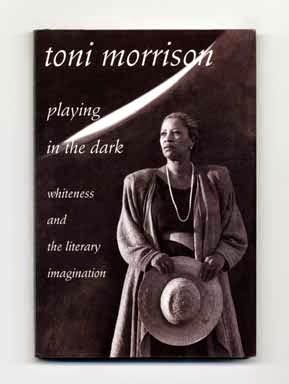 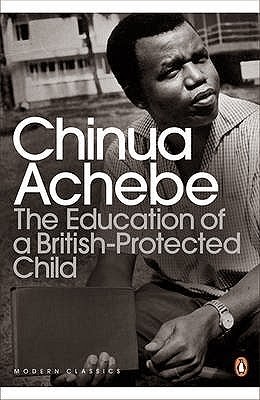 As our education system has such a miserable time confronting colonial history, people surely aren't ready for Exhibit B before they're ready to resolve the present institutional racism. Perhaps part of what has caused offence is that Brett Bailey has assumed racism and slavery are things of the past?

"It's hard to talk about education in a country where people take seriously such a creature as John Wayne and Ronald Reagan... for a black person to get an education in this country, you got to have a lot of guts first of all... and to endure a racist institution... and risk schizophrenia" - James Baldwin


In other news, the country has just started a war.
Posted by Raymond Antrobus at 13:21 No comments:

I'm back at the Southbank Centre for National Poetry Day, do pass through, the quality of poets is too high to miss, and it's FREE. Details below 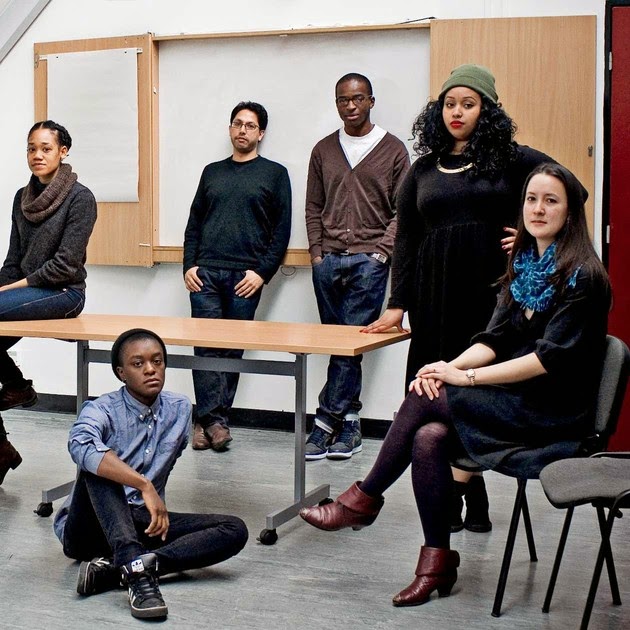 On 6th October I'll be attending the Complete Works II event, also at Southbank. I recommend this highly. http://www.southbankcentre.co.uk/whatson/the-complete-works-85993

If you can't wait until October, Chill Pill is on Monday, 22nd September at Soho Theatre, hopefully see you then. http://www.sohotheatre.com/whats-on/so-chilled-afrovibes 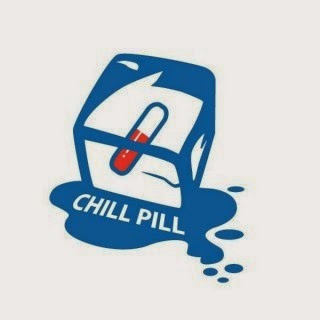 Do stay in touch with what's happening at Keats House Poets Forum, myself and Simon Mole are running a workshop on Sunday October 28th. The theme is 'Our Place Within It All', join us for a afternoon of writing.

http://khpoets.wordpress.com/
Posted by Raymond Antrobus at 10:37 No comments:

Posted by Raymond Antrobus at 14:06 No comments:

Am I Born Again?

...and you were beautiful
innocent young though you were fat and clumsy
too but you were you and you treasured the nosegay - Gerald Stein

This morning my daily meditation took place on a bench under the sun in London Fields. I sat out of the shadows, facing a tree. I closed my eyes and focused my breath. Allowing myself to be present, feeling the bench planks hold my weight.

After twenty minutes of meditation I open my eyes to see a black boy, about ten years old, in a tuxedo suit, holding a leaflet that read "Are You Born Again?"

I sat still in a kind of semi-zen fuzz, the sunlight gathering the day into focus, "this is for you" said Tuxedo Boy, and I took it, and thanked him as he skipped away, happy to have something to offer the world. I was left alone with the leaflet’s question, Are You Born Again?

Well, firstly, I'm not religious, so my usual mind would be to ignore the leaflet and assume someone has told Tuxedo Boy to place the leaflet in front of my closed eyes and wait for them to open on a staged epiphany. But meditation pushes the mind beyond the horizon of assumptions, so I made space for the question... Am I Born Again?

A few years ago my mum showed me my school report cards from primary school that read “Raymond finds it hard to focus. His reading and writing are below what’s expected of his age. He seems more interested in what’s happening outside the window than what’s in the classroom”.

I still recognise my "outside-the-window-thoughts", and it’s a shame for this to be picked up in a learning environment as a criticism. I was also partly deaf and this wasn’t picked up yet, but the signs weren't sounded out for traditional teachers. The truth is, I was in the wrong place for development because my teachers, instead of assessing their own practise, blamed me for not tuning into their classroom expectations.

When I think about myself as a child in that class, I don’t feel I have out-grown him completely. The person I am today is not “born again” if that means a death of a previous self has occurred. My growth as a person has all been gardened in the same bed of earth. Reading my report card, I feel proud that I was able to express something that is still aligned with my true self. Therefore, I am not "born again", rather, I have been born as I am, and have been taught to stay open to change, growth and transformation.
Posted by Raymond Antrobus at 07:13 No comments:

“As writers we live life twice, like a cow that eats its food once and then regurgitates it to chew and digest it again. We have a second chance at biting into our experience and examining it.” – Natalie Goldberg

I was teaching a class on challenging stereotypes and perception with year 8 this morning. I asked the class what perceptions they feel are projected onto them. A boy raised his hand and said, “Ebola". The outbreak of this word seemed to hold breath.“Yeah" he continued, "because I’m from Nigeria, people be saying I got this disease, like it comes from me, like we carry it, some people stopped opening their mouth around me… I’m not spreading anything”, and I can't remember what I said, but I didn't say, "Why does a bigger killer like meningitis, malaria, chicken pox, measles, even flu, not inherit this level of fear mongering?" I didn't say, "Some people's words are viruses!". Perhaps then, in this one classroom, I would have quarantined some kind of sickness. 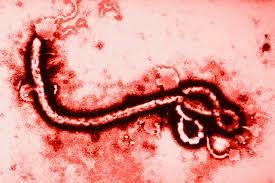 Posted by Raymond Antrobus at 15:05 No comments:

Email ThisBlogThis!Share to TwitterShare to FacebookShare to Pinterest
Labels: Ebola

DO NOT MISS Chill Pill at Soho Theatre (September 22nd)

Chill Pill returns to Soho Theatre after our UK and Ireland festival tour! We have one of the most prominent and important names in Spoken Word, Nigerian-born weaver of words, Inua Ellams.

Having repeatedly sold out The National Theatre with his one man shows, his first book 'Thirteen Negro Tales' is a top selling poetry collection and he's the curator of The Midnight Run. He is also a graphic designer (who happens to have created our pill in an ice cube logo).

Be prepared to be charmed by the grace of Australian-born, Nuala Honan. She's a singer-song writer and toured as Folly with poet Sally Jenkinson. You know Chill Pill bring the most poetic of musicians! Nuala will satisfy all you wonderful word appreciators! she has appeared on BBC Introducing and music festivals all over the country! You'll love her!

and of course, us, the Chill Pill Poets will be in full swing! (Mista Gee, Raymond Antrobus, Deanna Rodger, Simon Mole and Adam Kammerling)