Special thanks to the amazing Armand Cordero for the animation.

Autistic Pieces is a collaboration project between musician, singer-song writer Alex Patten & poet Raymond Antrobus. Their first EP can be purchased for only £4 below.

http://autisticpieces.bandcamp.com/album/autistic-pieces-ep
Posted by Raymond Antrobus at 04:17 No comments: 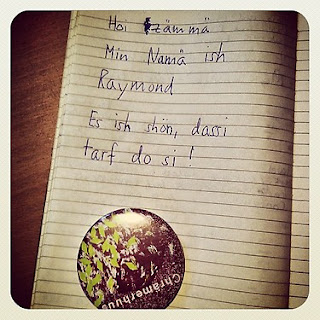 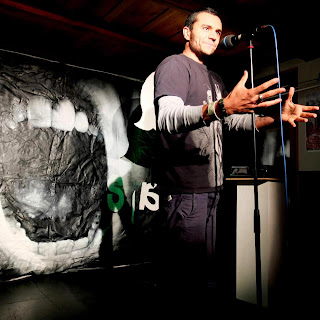 Right, that’s it for now… Heading to the theatre to prepare for the show.
Posted by Raymond Antrobus at 08:36 No comments:

Q&A With George The Poet

Throughout 2010 I interviewed poets based between the US, Germany and the UK on thoughts of themselves as poets, public figures and social commentators. I've decided to launch a new series beginning with 21 year old George The Poet.

If you haven't heard of George, you will very soon. When he had a poem broadcasted on BBC One just before Eastenders people started talking. He’s performed at Chill Pill and was recently praised by Grime Emcee ‘Wretch 32’ and Hip-Hop legend ‘Nas’. He is now collaborating with the likes of Tinie Tempah and Professor Green. The Poet is crossing over in ways no poet in our generation has before.

Q1. In today's society, what is the difference in role of the poet and the rapper? - If there is one?

I think rappers are primarily expected to make money for the industry and provide party soundtracks, but obviously there are exceptions and grey areas. The poet’s “role” is usually to provide thoughtful social commentary. I’m not saying these roles are either good or bad and I’m not saying everyone conforms, but these are people’s expectations. Rappers are considered “cooler” than poets – people like the carefree attitude and the slickness of it all. Poets are considered more niche – not for the mainstream and not as concerned with entertainment as with enlightenment. This makes poets seem boring, but at the same token, makes rappers seem dumb. I don’t like to compartmentalise these things but by and large I feel rappers and poets create these stereotypes for themselves. There doesn’t have to be a difference between the two. A poet can be edgy and a rapper can be insightful.

Q2. What can you tell us about Hotel Cabana other than it features Emeli Sande, Tine Tempah, Professor Green and Gabrielle?

Q3. You warmed up for Nas! that must have been amazing?

Opening for Nas was a complete honour, I tried to tell him how much it meant to me but I think I just scared him a bit. His work is one of the aforementioned grey areas of rap; it’s introspective, thoughtful and outside most rappers’ comfort zones. He is someone who sowed the seeds of my current ideas about community and social responsibility, sick guy.

Q4. The idea of being a poet is unusual to most people but with the increased exposure to Hip-Hop and Stand Up influenced Spoken Word it seems to be becoming "the cool thing to do". Do you feel you are destigmatizing poetry by having the word "poet" in your stage name?

Come to think of it, yes. Wretch 32 told me that most people won’t even click on my video because of the word “poet”, and he only did it because the poem was called #YOLO lol (lesson in marketing). But I’m cool with that cos my work speaks for itself; once people listen to it, they tend to share it. So I don’t get exposure as this different-kinda-rapper guy – I’m unequivocally novel. That’s a Unique Selling Point, a social statement and a way of bridging communities/cultures/audiences – all good for poetry.

Q5. What can a poet do that music can't and visa versa?

Poetry can make things clear. No one gave a monkey’s when I used to rap but the minute I turned the music off and delivered the exact same words acapella (literally) people paid attention. Music, however, has so much power because it transcends everything – age, time, language, context, everything. I’ve been listening to the opera “Vide Cor Meum” and I have absolutely no idea what it’s about but I just leave it on repeat for hours because it hits the spot. Once you put words to beautiful music, you’ve got people’s hearts, which is the best and worst thing about it.

Drop Out TV will be launching a new Spoken Word series soon.. watch out for it!

Posted by Raymond Antrobus at 14:39 No comments:

We're featuring the brilliant Francesca Beard at the next Soho Theatre, Chill Pill show on October 15th.
Francesca Beard was born in Malaysia and spent the 70's growing up in Penang, an idyllic island paradise. Since then, quite frankly, life has been down-hill all the way, but with occasional slow climbs... a bit like mowing a sloping lawn. After a spell in real jobs, she gave it all up to become a fictional character and now exists as a London-based poet, performing spoken word to lucky audiences all over Britain and the World.

After Adam toured Ireland with us this summer we couldn't live without him, we now welcome Adam Kammerling to the Chill Pill family.


www.adamkammerling.com
Posted by Raymond Antrobus at 04:56 No comments:

Conversation With A Man At Weatherspoon's (Live at Chill Pill)

Conversation with a Man in Wetherspoons - Raymond Antrobus from ThatDave on Vimeo.

Posted by Raymond Antrobus at 16:27 No comments: