Last month I was one of the artists that helped lead Inua Ellam's Midnight Run, below is some of what we got up to in our walk around Hackney. Alex Mills and a regular collaborator of mine, Alex Patten (from Autistic Pieces) features.

The Water Walk Midnight Run from Inua Ellams on Vimeo.
Posted by Raymond Antrobus at 08:00 No comments:

Describes himself as an Artist, Vandal, Poet, Writer, B-Boy, Rapper, Comic, Conceptual Thinker, Collaborator, Human-Beatbox, Educator and Surrealist. His latest one man show is called 'Shame' and is described by Kate Tempest as "one of the best Spoken Word shows ever!"

Singer/songwriter and producer Oli Rose is at the core of iAm1's new project which will culminate in a debut album. Oli honed his songwriting and production skills living and working with Cameron McVey (Massive Attack, Portishead, Neneh Cherry) and In the last few years has been collaborating and writing with and for numerous other artists and producers.In the past iAm1 have had great support from the likes of RWD, Digital Spy and SB.TV, and since releasing their debut EP have had radio support from BBC Radio 1 and 1Xtra. iAm1 quickly established themselves on London's live circuit, selling out headline shows at many of London's key venues including Ronnie Scott's, Camden Barfly and Hoxton Bar and Kitchen, whilst also supporting artists such as Tinie Tempah and Jessie J.

Also Errol McGlashan, one of the loudest and biggest poetry movers on the London Spoken Word scene, Uncle Errol comes to uplift!AND Cecilia KnappA young and very promising poet - Cecilia Knapp has been popping up around the London circuit, we're excited to present her to the Soho Chill Pill stage!

Posted by Raymond Antrobus at 04:45 No comments: 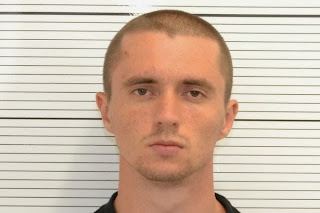 Posted by Raymond Antrobus at 11:50 No comments:


There is a red rubber vein
bulging
in the industrial neck of this city.

the deep red that flames
my passport,
fires my feet through the lines of E.U Citizens
at the Eurostar Check in.

These are Leopold’s words cut
into his stone statue -

These words have severed limbs

And if don’t charge my i-phone


history will have no reception. 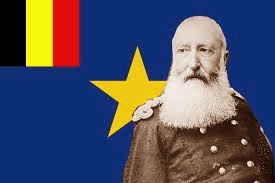 Posted by Raymond Antrobus at 15:34 No comments:

Proud to know and work with Indigo Williams.

Posted by Raymond Antrobus at 13:48 No comments:

Conversation In The Classroom

When I learnt about slavery my teacher couldn’t point at Africa without eyes that gave me lashes; why begin our history with the shackle? One time, the teacher, analysing some dead white man poem said “the mood in this poem is dark, what else can we associate with dark?” and I didn’t want anyone to say “dirt” when they could say “the soil that flooded The River Nile”, didn't want to be marked the complexion of trouble, the companion of devils, not when I could be the ebony birthmark of written language - the eyeshadow of Egypt, the caviar of rebellion, the dyed fabric that lorded the black and red gowns of European royalists.

Police pull me over for being a suspect of my own shade, ask me why and I'll show you how to look like something to be afraid of. We’re killed in custody by the descendants of colonialists; it is in their blood to get away with murder.


I like Jay-Z for capitalizing on the N-word, gave us the concept of "successful Niggas In European cities". No, I don’t know who Richard Pryor is or why he never used the word "nigger" again after visiting Africa, but he was spelling the word, N-I-G-G-E-R, we say N-I-G-G-A, it is a deliberate trip-wire word in the mouth of white people that love Hip-Hop. As long as you say it like an American rapper, the word doesn’t make me think of slavery any more. That whip is stretched too far back in time to slash my 21st Century back, to not say the word is to act like we have not come far enough to be Presidents              or Niggas.

Posted by Raymond Antrobus at 11:05 No comments:

Myself and Alex Patten (Autistic Pieces) were played by Dannii Evans this week on her brilliant hour of music and Spoken Word show, OneTaste Radio. All the music here is lovely!


If you liked Pools Of Fish, you can purchase the Autistic Pieces EP here -

Posted by Raymond Antrobus at 13:58 No comments:

When I look at my elder sister now
I think how she had to go first, down through the
birth canal, to force her way
head-first through the tiny channel,
the pressure of Mother's muscles on her brain,
the tight walls scraping her skin.
Her face is still narrow from it, the long
hollow cheeks of a Crusader on a tomb,
and her inky eyes have the look of someone who has
been in prison a long time and
knows they can send her back. I look at her
body and think how her breasts were the first to
rise, slowly, like swans on a pond.

By the time mine came along, they were just
two more birds on the flock, and when the hair
rose on the white mound of her flesh, like
threads of water out of the ground, it was the
first time, but when mine came
they knew about it. I used to think
only in terms of her harshness, sitting and
pissing on me in bed, but now I
see I had her before me always
like a shield. I look at her wrinkles, her clenched
jaws, her frown-lines--I see they are
the dents on my shield, the blows that did not reach me.
She protected me, not as a mother
protects a child, with love, but as
a hostage protects the one who makes her
escape as I made my escape, with my sister's
body held in front of me.
Posted by Raymond Antrobus at 05:32 1 comment:

Posted by Raymond Antrobus at 00:00 No comments:

Spoken Word Education Mentioned In The Guardian, Warsan Shire plus other news

The Spoken Word Education MA got a nice mention in The Guardian last week with a feature on Jacob Sam La Rose.

London now has a young poet Laurette who is indeed one of the best poets in the city, congratulations Warsan Shire.

We invited Warsan to read at Keats House Poets Forum last year, check out a part of her reading below.

In other news I've been invited to run workshops and perform poems in Brussels from 16th - 18th October. 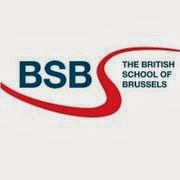 I'm back in time to host the Human Rights Slam for the Bloomsbury Festival if you want to come see the Slam it takes place in an actual courtroom.

Posted by Raymond Antrobus at 12:52 No comments:

My dad’s face looks like a drowning
child when a doctor asks
if he remembers who he is.

His tongue, without strength to lift
himself from where he sunk
to the bottom of his watery brain.

I want to dive into the black and grey pool
of his medicated eyes, knowing that he is too deep
into illness to surface.

Silence floods
the air in the room.
I save my dads breath

and the doctor looks at me
like I rescued somebody
who has already drowned.

Posted by Raymond Antrobus at 14:18 No comments: