Next Gen Poet, Hannah Lowe - "Poetry Is The First Place I Claimed A Mixed Race Identity"

Have a listen to her poem, 'IN' and what she had to say about the "Black British Poetic"

http://indiefeedpp.libsyn.com/hannah-lowe-in
Posted by Raymond Antrobus at 05:05 No comments:

Posted by Raymond Antrobus at 11:44 No comments:

“Students from gang-ridden areas of the East London borough of Hackney have been learning how performing poetry can help tackle life, one word at a time.” 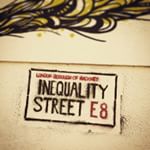 After visiting the young poets I work with in Hackney, this is how the article, written last week by the Reuters journalist begins. (The journalist had good intentions, but skewed editors). Straight off, I’ll say the students I work with in Cardinal Pole are not themselves “in-gangs”, they are mixed-ability (in terms of literacy and predicted grades) and between the ages of 12 -17. They attend our after school Spoken Word poetry Club and are indeed, growing up in the marginal regions of Hackney, still, as one of the English teachers rightfully put, "our students are up to more than just rising against their circumstances."

“The Spoken Word Education Programme, founded by a former Chicago social worker, aims to help pupils in some of London's most deprived districts to articulate their feelings and have their voices heard despite an often difficult upbringing.” 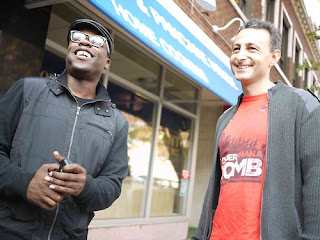 Peter Kahn is not merely a “former social worker”, he’s an English teacher and community leader with over 25 years teaching experience.

"These kids are so disenfranchised," said Christian Foley, a poet and spoken-word educator at Cardinal Pole school. "The gang warfare arises from the fact you own nothing, and so you're going to fight over a lamppost because that's all you have."

Christian was in fact referring to a different working environment, not the students in Cardinal Pole. This is a clever spin, because what Christian was actually highlighting was the systematic failures in our government in welfare and education and how this ties to the future prospects of our young people. Also,(ironically, given the tone of this article), how harmful the negative reinforcement of stereotypes are for both, society and the individual within it. We don’t necessarily “give students a voice”, they already have one, we counter the argument that they don’t have anything worth saying. We recognise that whether they speak or not, other people (media, politicians etc) are already speaking for them.

“Hackney was one of London's four most dangerous boroughs in 2013, according to the Office for National Statistics. It also ranks in the bottom quarter of the capital's 32 boroughs for a range of indicators including low income, health and education, according to London's Poverty Profile, an independent data provider.”

When you say Hackney is “dangerous”, I think what should be asked is, dangerous for whom and why? Hackney is known as “the socialist borough”, due to its long history of anti-racist and anti-fascist organisations. Evident too, in the names of Hackney streets such as Sojourner Truth Close and Nelson Mandela House. Public figures such as James Baldwin, Muhammad Ali, Nelson Mandela, Oliver Tambo, Michael Jackson, Ngugi wa Thiong'o, Jesse Jackson, Angela Davis have all spoken and passed through Hackney. The Dalston C.L.R James library acknowledges a powerful Caribbean activist. In certain circles, this indeed, sounds dangerous.
“The spoken-word initiative began with Peter Kahn, who used poetry to help students in one of Chicago's most crime-plagued districts. He found that pupils who could not discuss their problems would open up when performing poetry they had written, helped by the art form's links to hip-hop music.”

Yes, Hip-Hop music but also, many of the students are aspiring actors, public speakers, physicists and attend an after school “Debate Club”, which they excel at.

"A Complicated Answer," an anthology produced by the Hackney pupils, covers experiences from witnessing a stabbing to losing a friend to cancer. There are several about fathers leaving their families.” 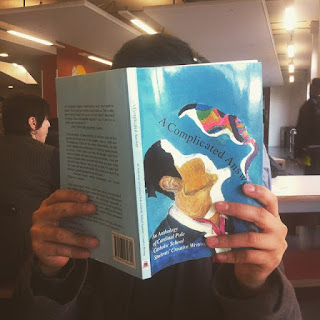 Yes, there are also poems about poetry, friendships and “what it’s like to play the piano”. The poems in “A Complicated Answer” are about bravery, not ghetto pathologies.

“the programme is backed by institutions including the Arts Council. Since its 2013 inception, Cardinal Pole has seen one student into Oxford University to study English literature; while others at the school, which is principally made up of ethnic minorities, have improved their English.”

Something cuts me here, it’s on the edge of saying “ethnic minority children are being civilised by the English language, and look, they now have the prospects of attending a prestigious but also, a racially problematic institution, Oxford University. Just the other day Oxford made headlines for serving “colonial comeback cocktails” in their Union bar. Is this really the golden measuring bar for academic success? I've known students from ethnic and working class backgrounds who became suicidal after attending Oxford and similarly acclaimed universities.

“Poetry is not a panacea, and those involved in the programme know it has its limits."You never give up, but sometimes it just takes time you don't have," Kahn said. "They may not make it to (age) 25."
This is Peter Kahn acknowledging a reality for some of his inner city students in Chicago, but equally relevant, is some of those students grow to feel isolated from an education system which glorifies fascist, sexist and racist literature, I’ve written about this in a previous blog post.
“Despite this, at Cardinal Pole there seems to be an irrepressible optimism among students. What is poetry, the educators ask Tian Sewell Morgan, one of their star students. She thinks for a few moments and answers: "Blood in words."”
Yes, blood in words, as in the blood (that stays in her body) is poetry, as opposed to the idea that poetry is something keeping blood inside her.


Articles like this in Reuters contribute to the conservative's attempt to justify the social cleansing of London and the racist fear-mongering of working class ethnic minorities. The disparity between rich and the poor in the UK is vast and easy to contest, words are powerful, but they aren't enough.

In the East London schools I've worked in, I've seen students have schooling disrupted because their council homes have been sold to private investors. Many are moved to Kent, where Fracking was a possible cause of a recent earthquake.

Careless language is a misused weapon, people often say, "you get what you deserve", but we live in a country which built an empire on slavery and the oppression of the poor. There are twelve million dead Africans in the Atlantic, responsible for the wealth and building of British colonies world wide. Without those mass burials, there is no "Great Britain". This is why Nationalism takes on a form of genocide denial, or genocide glorification. Decolonising your British identity is difficult and I've yet to have a discussion on it that didn't involve someone getting upset or defensive.

George Orwell differentiated patriotism as "devotion to a particular place and a particular way of life" and Nationalism as a desire to colonise and "secure more power and more prestige, not for oneself but for the nation or other unit in which he has chosen to sink his (or her) own individuality.”

I was asked the other day why "I put up race related articles on facebook, why is race a struggle, isn't feminism a more pressing issue?", the idea that a struggle needs to struggle against each other has only led to inside bickering of people on the same side of the coin. In this area, I myself have used embarrassingly careless language on twitter which I made a public apology for.

C.L.R James, in a speech in Hackney in 1984 addressed an anti-racist rally by saying, "I want us to be aware that for a long time women have been at the very bottom of society", James asks, if education is how we defeat oppression and austerity, why is it that there are higher amounts of women graduating from universities and still so few in Congress, Parliament or positions of political policy influence?

C.L.R James states "black people in particular have a lot of experience of being maintained in a position subordinate to the general level which is attainted by men and women who are not black." He goes on to say it would be hypocritical to claim a "fight for equal rights"as a racially exclusive battle. This from a man, born the same century slavery was dismantled in the Caribbean, where he was born (1886) and spent over seventy years as a historian and activist. 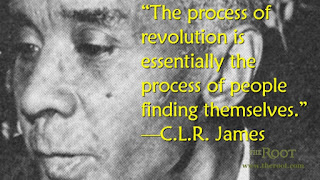 The Island That's Hard To Find In English is a poetry manuscript I have been working on for the past two years. I am currently travelling to all the colonial hotspots in the UK (Liverpool and London covered wildly) but recently I was in Bristol and learned the idea for the African slave trade was put into motion by the Mayor of Bristol, John Hawkins. I'm delving into this history and feeling how it re-aligns my sense of self as a British, Jamaican. America's first UK based Embassy was built in Bristol after a falling out during the trans Atlantic trading profits of Rum and Sugar from the Caribbean.

This links directly into our current culture and conservative-led government with the passing of a law called "TTIP" which allows major corporations compensation for "loss of profits", tax payers are now insurers for multi-nationals (as if their off-shore tax havens weren't enough of an insult). When slavery was abolished, slave merchants, plantation and slave owners were also compensated for loss of profits. Unbelievably, this was paid for by the tax payer. These people were rewarded instead of punished (there was no human rights bill that would see to it otherwise). Charles Dickens mocked this in Little Dorrit, "Credit is a system, whereby a person who can't pay, gets another person who can't pay, to guarantee that he can pay".

Human rights laws which would have seen the enslavement of Africans as unjust are now being undone by Michael Gove. When talking about colonialism, people in the UK often ask what it has to do with today? I find it incredible that anyone could go through the English education system without having such questions answered? Today is built on yesterday.

My thoughts here are by no means complete, it's merely an outpouring of thinking and feeling done while working in education, examining my privilege and positioning myself in a society, hung over after too many colonial cocktails.
Posted by Raymond Antrobus at 08:42 No comments: