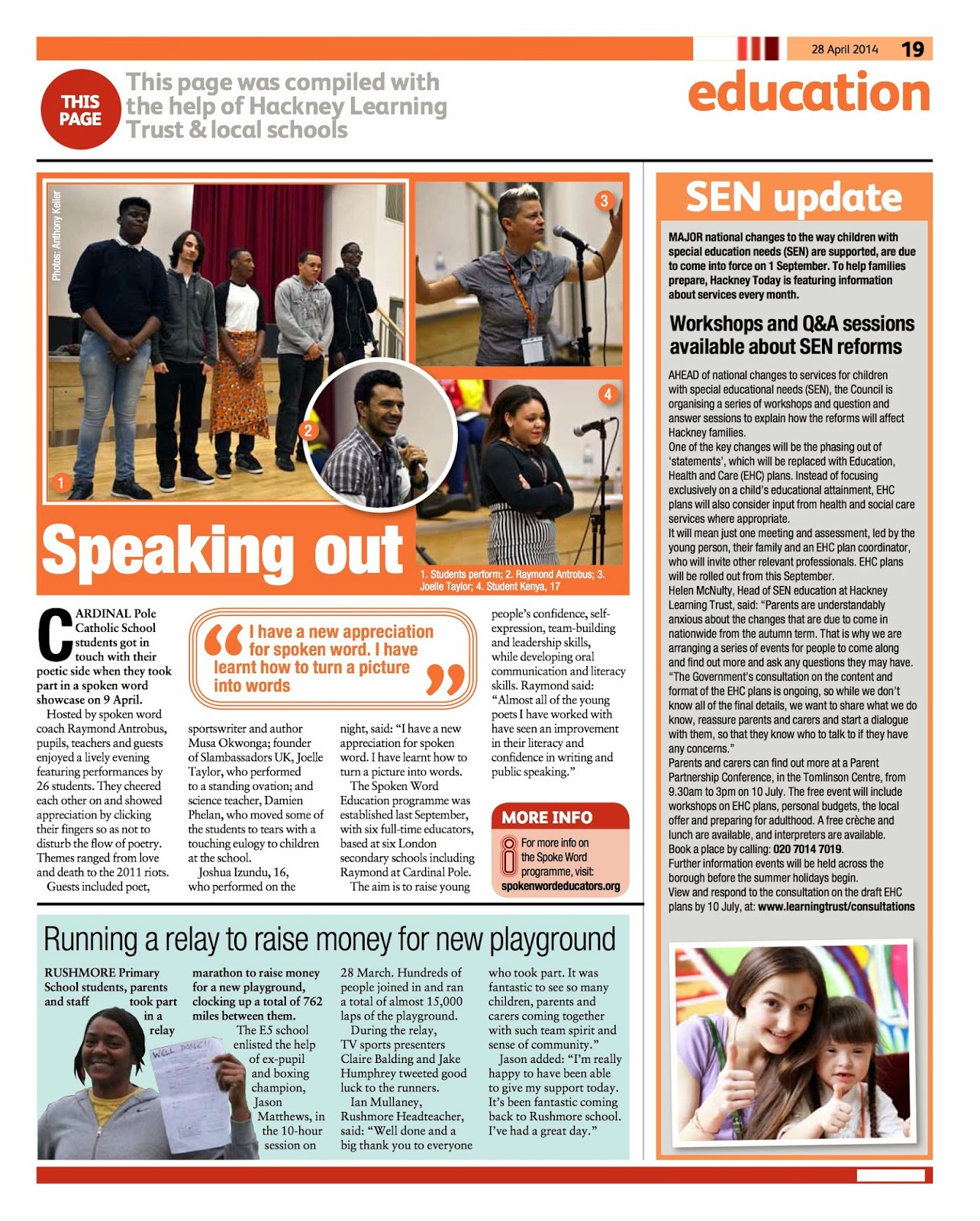 Posted by Raymond Antrobus at 14:27 No comments:


ADVANCE TICKETS; £5 http://sohotheatre.com/whats-on/so-chilled-may-2014/
Posted by Raymond Antrobus at 05:44 No comments: 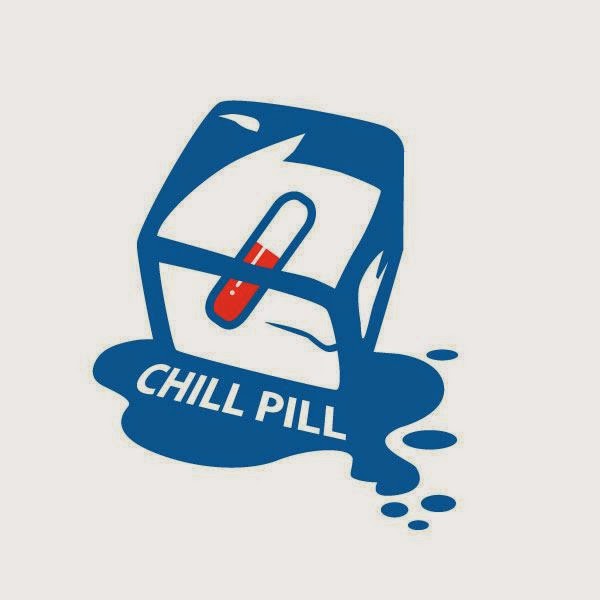 We'll see you at The Big one, at The Albany featuring Ty, Femi Martin and Shortmann on Thursday 24th April.

http://www.thealbany.org.uk/event_detail/1109/Spoken-Word/Chill-Pill:-The-Big-One
Posted by Raymond Antrobus at 03:21 No comments:

The Spoken Word Educators comprise award winning poets Peter Bearder, Dean Atta, Indigo Williams, Raymond Antrobus, Cat Brogan and Keith Jarrett. They work with young people who may not otherwise get access to arts opportunities, with a range of complex issues that affect their lives and engagement in learning. Spoken Word Poetry is a cathartic outlet for them, allowing them to be more focused and productive learners.
rafeef

The key to this innovative model’s success is embedding poets in the culture of each school and enabling them to build relationships with the students, both in school and during their after school spoken word clubs.

The programme has already benefitted more than 2000 students in some of the most deprived areas of London. The participating young people have wowed audiences across London including performances at Portcullis House for Parliament Week and the launch of Words Over Waltham Forest. Joshua Izundu, a year 11 student at Cardinal Pole Catholic School in Hackney said, “I have a new appreciation for spoken word. I have learnt how to turn a picture into words.”

Musa Okwonga is a writer, broadcaster, poet, musician, communications adviser and commentator on current affairs, including culture, politics, sport, race and sexuality.
A former City solicitor, Musa contributes regular opinion pieces to The Independent, Huffington Post and The Newstatesman on a range of issues, and has on several occasions been a guest on BBC Radio 4′s TodayProgramme. He has been interviewed by Channel 4 News and Sky News, and he has given talks on social media and literature for BBC Radio 3 and 4, the latter at the Royal Society of Arts in London. He has also written for The Guardian, The New Humanist and the Financial Times.
He is the author of two books on football, A Cultured Left Foot (Duckworths, 2007) andWill You Manage? (Serpent’s Tail, 2010), the first of which was nominated for the 2008 William Hill Sports Book of the Year. He has also written about football for The Blizzard, The New York Times and ESPN, and is a regular pundit for the BBC World Service.

Joelle Taylor is a spoken word artist, playwright, performance novelist and cultural terrorist. She has performed across the UK as well as internationally for the British Council in Zimbabwe and Botswana, taking in a diverse range of venues from Dingwalls, the 100 Club, the O2 Arena, the Royal Festival Hall and Ronnie Scott’s to the Royal Court, the ICA, Buckingham Place and Pentonville Prison. Her book Ska Tissue was released in 2011 and, after a summer festival tour, is now in its second edition. In 2001 she co-ordinated the first London youth slam championships for the Poetry Society and is currently the Artistic Director of SLAMbassadors UK, the national youth slam championships. Joelle is also the coach of the UK team and delivers Master Classes and ongoing mentoring for young poets and spoken word artists (aged 12 – 19). She has a wide experience of working in both primary and secondary schools – and is the Poet in Residence at both Kingsmead Primary in Hackney and Newstead Wood School for Girls in Kent – as well as tutoring adult poetry courses (Arvon Foundation, Cardboard Citizens).