Back on the road... Spoken Word in Scotland, Edinburgh. 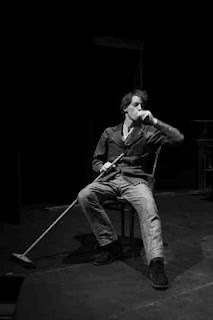 I heard there is an uprising Spoken Word scene in Glasgow and Newcastle.

I don’t know any poets out there but I do know a poet in Edinburgh called Harry Giles. Me and Harry used to be Slam poets and almost always ended up head to head.

What I really loved about that is the fact we’d always hang out and have a laugh afterwards. We both understand that slams don’t mean shit and you’re only as good as five people say you are on the night.

So, I jumped on the mega bus and headed up to see Harry and hoped to get some insight in Edinburgh’s Spoken Word scene.


The bus took eight and a half hours but to be honest it wasn’t a bad journey...

Well, to me there is no such thing as a bad journey if you get a good piece out of it.

I put my headphones on and listened to Polarbear’s 2006 EP ‘Keep It Simple'. There was a line I needed to hear.

“...I got to keep telling myself it’s not a lottery, just put in the work and the rest will come properly...”

I arrived in Edinburgh in the early evening and met with Harry. We headed down to a local arts centre called 'The Falcon'.

There were three rooms of different things happening. On the main stage there was a band who plugged a Game Boy into an amp then cut up the sounds into break beats with a man half rapping half doing Spoken Word. Sounds cool right? Well... It was more like being slapped around the head by butch lesbians; I didn’t know how to respond to the assult on my ears... I just stood around and as the room formed a mosh pit my head formed an ache.

In the next room there were some art films being projected, each film based around narrative poems written by the students. The idea was good but the subtitles moved too fast so it just became a mental game of “how many words in a paragraph can I read in 5 seconds”.

The third room was the poetry. There was a vintage arcade version of Pac-Man set up where the poets were reading and ironically the poetry was themed around technology. The idea being whether people are in a que to play Pac-Man or standing around in a trance by the bright red, blue and green flashing screen at least the poets have an audience... ah the things we do to feel appreciated.

I’ve spent most of the day walking around the town. I think I’ve walked most of Edinburgh in 7 hours.

It’s a great place to go and lose yourself in. It’s not a complicated town, it’s almost like it’s built within a bowl that you can climb out of and look down on.

I love that there’s a lot of greenery surrounding the old grey buildings.

Every sociologist should be a travelling poet.

I’ve performed in quite a few countries and cities now and it’s really made me reflect on how the environment reflects the art that’s created within it.

I wrote about this in my ‘poet in New York blog’ and having performed in a few other cities since then I can expand on that idea.

Most of the poetry I’ve heard in green lands like Edinburgh has come from a place outside the artist. For example it’s mostly been nature, landscape, political or historical poetry and these are the themes explored commonly by suburban poets.

Poets from the city seem to be more neurotic in their work, more detached from nature and perhaps more in their own heads and up their own asses.

I find this an accurate reflection on the people because poets are subjective reflections of their enviroment.

The more greenery you’re surrounded by the easier it is to put yourself into perspective as a human being in a world that's so much bigger than us.

Too much grey makes you lose perspective of real life because real life isn’t the bubble that consumes you in the city.

Don’t get me wrong, I’m a city boy to death but there’s nothing I needed more right now than to get out of the bubble of London so I can look at my life and my art at a distance where it's more green.
Posted by Raymond Antrobus at 16:36 No comments:

He promises to fix his hair and look sharp for our Chill Pill nights...
Posted by Raymond Antrobus at 01:02 No comments: 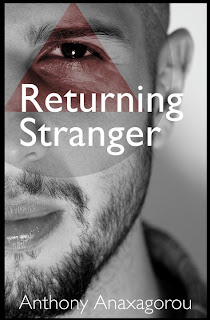 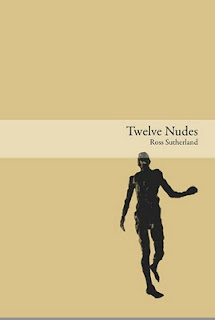 Ross Sutherland is quite a genius. His new publication 'Twelve Nudes' is out now. 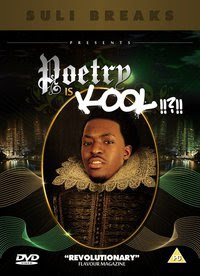 Shout out to Suli Breaks for distributing a DVD of his poetry. 'Poetry is kool'.

Chill Pill relaunches in a new venue in February 2011.
Posted by Raymond Antrobus at 04:57 No comments: