A Secret Poem For You

When they want eyes,
ask mine.

Trust my love to know
how to move
around you
with the ease of waking,
something I do every day.

I will take on the colour
of all your shade,
you will never leave me
without your ghost.

I have not forgotten
any song I heard around you,
my entire body
carries these sounds,
my heart always wants
to give you noise.

This is how you are with me
when you are  not.

Life cannot go on for too long
if we are both inside it,

Our mornings are opening scenes
of a film
about two people
who happen to be beautiful,
no matter how many shadows they make.
Posted by Raymond Antrobus at 19:53 No comments:

Email ThisBlogThis!Share to TwitterShare to FacebookShare to Pinterest
Labels: A Secret Poem For You, poem, Raymond Antrobus poet

Autistic Pieces vs Raymond Antrobus / Chill Pill in Ireland With Toots & The Maytails & other updates...

This is Alex Patten aka Autistic Pieces. Me and Alex have been working together for the past 6 months. We have recorded a EP and will be showcasing it at Hackney Attic this Thursday 2nd August.

This is Alex performing 'Giving You Up'.


L&U in Session - Alex Patten from Live & UNamplified on Vimeo.


Three short poetry films, a poetry pamphlet and a photography exhibition are also in the pipeline for me this year. Stay tuned for details. 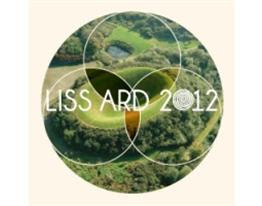 On Friday me and some of the 'Chill Pill' collective (Deanna Rodger, Simon Mole) are heading to the Liss Ard Festival in Ireland with Adam Kammerling & Joe Dunthorne to speak poems...

Toots & The Maytails are headlining so we're all excited for this!

It's quite amazing being a poet, you stand in front of so many different people in many different settings. These pictures are all from the last couple weeks.

Posted by Raymond Antrobus at 13:46 No comments:

Warsan Shire - For Women Who Are DIfficult To Love

Warsan Shire is one of my favorite poets around, her pamphlet 'Teaching My Mother How To Give Birth' received rave reviews, she definitely deserves awards... did I mention she's 23 years old?

Watch a video of one of her poems below.


http://warsanshire.blogspot.co.uk/
Posted by Raymond Antrobus at 16:44 No comments:

I will not stop looking for things that look like love

no matter how many I find,
a wet paint brush,
a flat stone to skim across water.

We take everything in our hearts
everywhere.
If, in death, our heart energy becomes clouds,
let mine shade Libya, rain in Australia, glow in South Africa –
no love will make better skies than mine -
check my radiance.

In Portugal, I met a woman on a mountain,
she told me she only looked in one place
for love
her eyes used to be prisoners in her face,

she told me
to say love every time I find it
burning,
and keep its light     turning my eyes
in new directions,
so writing home means writing to new addresses.

I met a waitress in Sweden,
She was 29 and could not say 30 in English,
or any other language.

She poured me coffee with a smile that said
I live in the best way, and I loved her
because she loves the small things
I love
about myself.

I sat on a hill next to the Indian Ocean
with a fisherman in Cape Town,
we couldn’t keep the hook
off our talking.
I never trusted anyone
who made love look like fishing,
but when the sun set
I loved him before I saw it again.

Life gets better every year
because of what I collect.
I will love all my summers
before they burn out,
by winter I will still dream out
my heart.

No matter how far the cold reaches
into our bones
as long as we’re alive
we will still exist inside of so much magic.
Posted by Raymond Antrobus at 08:46 No comments:

Email ThisBlogThis!Share to TwitterShare to FacebookShare to Pinterest
Labels: For Things That Look Like Love, poetry, Raymond Antrobus

You are invited to a house party.

Anders was already drunk
making racist jokes in Swedish
then repeating them to you
in English.

I know I’m the only white guy here
Said Anders, fingers raking his blonde hair
but all I can do in English is tell racist jokes.

You're sat among twelve Persian’s
all from families who fled Iran
and found refuge in Sweden.

I speak Farsi too said Anders
I speak it better than Mahomet.

Anders then danced, swaying his shoulders,
hips and wrists, everyone laughed and told you
Ander’s soul is not Swedish, it is old Persian.

These were the last words you heard in English that evening,
even the dancing was in a language you couldn’t talk to.

They must be talking about you,
they know about that one thing you told Nika
just to make her laugh,
that time your sister asked you what is you guilty pleasure?
and you said teabagging,

you only said that to wind up your sister.

Now it sounds like they’re saying pervert in Swedish.

They all speak at least three languages, including your own,
why are they not speaking the one that you know?

Maybe it’s your fault for being complacent in the way you say things?

The next day Nika asks why you left the party early, you say
because England didn’t invade Sweden.

Nika doesn't laugh, she apologises
and says we are not rude people,
we are just less comfortable in English.

you ask Nika
how are we friends if you
only speak with the part of you
that is less comfortable?

Nika says because you have never made me feel stupid.

one of Anders racist jokes came back to your mind,
you laugh.

Nika looks at you, suspicious you’re laughing at her.

I’m not laughing at you Nika you say,

I’m just happy for what we understand of each other.

When you get home the first thing you do is google - 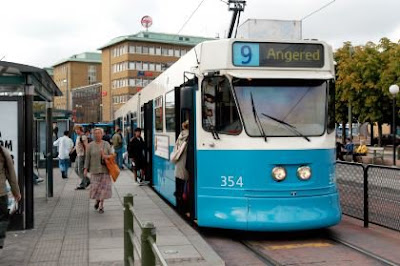 Posted by Raymond Antrobus at 05:22 No comments:

I'm currently in Sweden, Gothenburg for no other reason than being somewhere that isn't London.

Yesterday while wandering the streets I met a woman selling strawberries at the traffic lights, I had to talk to her, had to ask her something just to see how she thinks.

She looked young, maybe late twenties, blonde shiny hair. I walked over, she was standing on the side walk holding a wooden crate of strawberries, they were so alive in the colour red I thought they might be breathing.


"Hey!" I said, before even thinking what else I was going to say..."Hej!" she said back and smiled, "Jordgubbe?", I guessed this was Swedish for strawberry. I responded with the few Swedish words I know "ja" and "tack", which means "yes, thank you".

In English I asked her if she likes her job, she answered while staring at a family sitting in a yellow car, two children in the back, an old woman in the passenger seat and a man in a bright pink shirt smiling back at us, "in life" she said, "whatever you take pride in, make sure it is sweet" - she gave me a bag of strawberries and said "lycka till!" which is Swedish for "good luck". 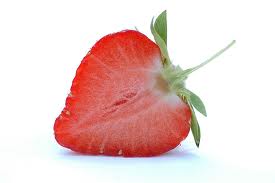 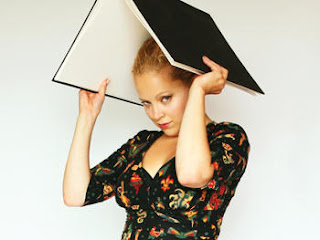 http://ticketing.southbankcentre.co.uk/find/literature-spoken-word/tickets/live-and-on-loan-66733
Posted by Raymond Antrobus at 04:22 No comments:

I have written a series of (slightly sarcastic) love poems for Norah Jones - Here's number 44. 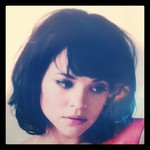 You’re amazing Nora!
your laughter takes away my walls
so I can see the sky
at its best.

I don’t know what colour to be
to suit you.

don’t know if you'd break
your words
once I have them.

don’t know if you’d
leave me
wishing for more sleep to dream
about our picnic in the sun
on top of a hill so green
everything about it says GO! – move
into my lips Nora.

don’t let me wake  again
with my tongue
buttering the pillow.

Posted by Raymond Antrobus at 03:01 No comments: