Haven't been out gigging as much recently due to MA and teaching commitments but I'm really excited for my next few shows.
Posted by Raymond Antrobus at 11:23 No comments:

Posted by Raymond Antrobus at 01:00 No comments:

Email ThisBlogThis!Share to TwitterShare to FacebookShare to Pinterest
Labels: Raymond Antrobus interview, Word On The Curb

Can poetry be something used to make political statements tactfully? I think usually no, sometimes yes.

I Am Waiting by Lawrence Ferlinghetti

Shout out to Scroobius Pip for playing Autistic Pieces on his XFM Beat Down.

Q&A With Steve Larkin on N.O.N.C.E (A One Man Spoken Word play on Criminality, Rape Culture & Poets In Prisons) 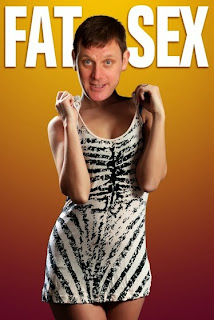 One of my worst gigs was at Warwick University, many years ago, it was my first time performing as part of the dub-step/poetry project I was working on at the time, 'Speed Camera Shy' with Jim Whelan.

The stage was in the middle of a bright echoey midday corridor, students were walking idly by and me and Jim had to follow a belly dancing act, nothing could be more awkward, during my performance I remember thinking, no one asked for this, what am I doing?

After our completely un-atmospheric set, Oxford based poet Steve Larkin took stage and brought the show back, his poems were humours and insightful, the students who had given me stone faces gave him warmth.

I knew Steve to be a prolific Spoken Word poet and this week, I was pleased to catch his latest one man show, N.O.N.C.E (Not On Normal Court Yard Exercise).

I dragged my girlfriend out to N.O.N.C.E, she came because I said that she can kick me in the balls if she doesn't have a good night, after the show, me and my girlfriend were all smiles, so I caught up with Steve backstage to thank him for a brilliant performance that literally saved my balls.

Some very heavy themes run through N.O.N.C.E, sexuality, rape and criminality. Yet, I came out of your show feeling uplifted, stimulated and challenged. Were you conscious of not wanting to make such a daunting show exploring these topics?

I guess, as is my usual tendency, I wanted to present a truthful account ('warts 'n' all') of my experiences, and the main things that I hope I illuminate are: the humanising effect of art and therapy, and the dehumanising effect of prison/isolation. The back drop is dark but wherever there's darkness there will be the potential for the stark contrast of light. I had some very happy times visiting that prison, some of those evenings flew by in the right side of the brain surrounded by the warmth of other people's open honest creative offerings, some of which were the best responses to my workshop exercises that I've ever had. So it wasn't really a case of consciously attempting to avoid being daunting, I think I present the truth of my experiences.

Did you have any political agendas writing N.O.N.C.E?

One little white stray from axiomatic facts of the matter in the plot is the central character's (i.e. my) motivation for going into the 'prison poet-in-residence' position in the first place. I understood completely that many people coming to see the show would have the attitude "Why are you helping these people? They don't deserve any help" - this is the sort of thing that people said when I told them about the work. Thus I presented my motivation as being purely financial so as to sidestep the prejudice and open people up to be challenged, hopefully, more subtly. In actual fact I have always had a strong belief in rehabilitation and considered that the penal system largely stigmatises and actually manufactures criminals. I wanted to celebrate and expose people to the Grendon therapy approach which is vital in helping create the necessary change in those that are brave enough to take part in it, before they eventually rejoin society. I strongly believe in the legacy left from Christian culture of guilt, atonement and redemption and see that this is the only way that society can function when it comes to wrong-doing. The wider examinations that ensued of attitudes towards sex, sex offence, and sexuality generally blatantly illuminate much needed political enquiry from my audiences, as you know though, I don't preach, I don't provide the answers but ask important questions.

You were poet in residence at a prison, N.O.N.C.E explores the life of inmates, how did that experience challenge your sense of freedom as a poet and a person?

Hearing people's stories and getting to know them on a personal level is illuminating and challenging. You realise that anybody could end up there, you come to understand that the life which you have led which you may have thought was navigated by your freewill has come about largely or perhaps even entirely because of factors beyond your control, so much is down to circumstance. There was a guy in there who had no memory of his crime, none at all, he completely accepted culpability, but cannot remember anything about it, he was so out of his mind on drugs. Now we have all observed people reacting to trauma, for many people drug or alcohol dependency is the only way to cope, so if you have trauma in your life, be it brought in by yourself or others or random factors, maybe you could one day find yourself waking up next to the dead body of someone you don't remember killing. That sort of realisation is chilling. 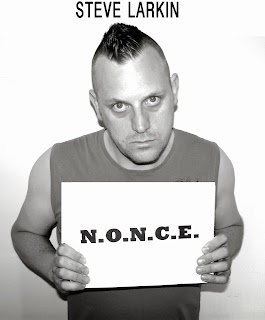 You're a seasoned Spoken Word poet, curator of one of UK's most established and respected nationwide Slam events, Hammer and Tongue, what has the format of slam poetry taught you and what is the journey of going from slam poet, writing three minute poems to hour-long shows?

I've started doing workshops on the subject actually "From Open Mic to Headline Sets and Theatre Shows" which participants have found really useful - Danny Chivers, Tina Sederholm and Lucy Ayrton all had good experiences doing shows in Edinburgh this year after doing a couple of workshops with me.  A poetry slam is an excellent training ground to "cut your teeth" performing "live literature" in front of an audience and you get immediate numerical feedback from randomly selected judges which can be good training for any artist working in this or a similar discipline, my performance career was already up and running before slams came along so I don't know how much that particular format has been an influence on me.  Since gaining a bit of a reputation through slams I suppose I've started doing shows at fringe festivals and the experience of doing them year after year and getting feedback from audiences and critics has all been good training as has the exposure to a diverse set of artists that have included clowns, buffons, actors, musicians, puppeteers, dancers, and comedians.  You come to realise when you take part in such festivals that the years of fine tuning your intuition towards an audience's reception or absorption of your art on make-shift poetry stages, in upstairs rooms of pub and clubs, and at noisy festivals has put you in a great position to offer something a bit more effervescent than the norm.

Apparently, you're big in canada?

Yes I'm worshipped like a god!  Not really, but more people will know of me in Vancouver or Edmonton than they will in Margate or Reading, I've spent most summers touring Canada since I first went out and won an international poetry slam in 2004 so I've built up a following.  I'm trying to remind people of my existence on this rainy little island I call home now.  It'd be nice to get similar recognition especially as my work is applied particularly towards British culture. 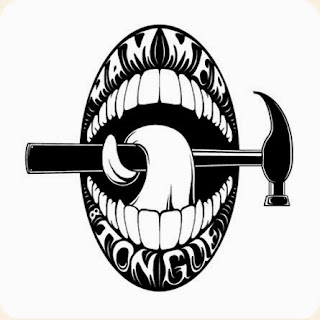 What's next for Hammer and Tongue and Steve Larkin?

Hammer & Tongue is looking for a solid funding base from which to formalise it's operation and expand to being the organising body behind a national touring and slam network.
I have a new show called TES which was launched in the summer - a 21st Century Tess of the D'Urbervilles, I'm particularly excited about that, it needs to be seen soon, there are so many contemporary issues brought to the fore.  I am also attempting to get to Christmas Number One with a charity single called "Oi Codger - Be a Better Coffin Dodger!" which encourages older people to take up exercise in times of fuel poverty.  After that I'm looking at taking shows further afield, maybe Australia and New Zealand, then I fancy directing, and I'm working on an idea for a feature film.
I'd better get on with it!