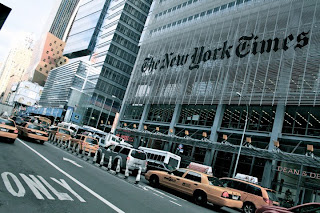 When you go aboard to a place you’ve never been you tend to walk around it with the naivety of new couples that have not yet met the sinister bones of their partners. On a particular Sunday night Josh and me had our honeymoon bubble popped when we were knifed by the realization that we are more vulnerable as outsiders.

Josh had read about a club in ‘NYC Time Out’ and suggested we check it out; it was a few blocks away from where we stayed so we walked there. When we got to the club they tried to charge us more than the club was advertised for, we showed we were wise and they folded, letting us in for the correct price. We strolled in, walking through the dance floor to stand next to the bar; this was to be the only space we’d occupy for the night.

A tall black guy with muscles as tight as his pouting lips danced in front of us like dust in a whirlwind, he was gay, no straight man points his toes, flicks his wrist and vibrates his hips like Beyonce’ on a power plate. His moves were slick, combining Salsa and Body Popping Street dance with progressive Drum and Bass/house music. The kind of sound you’d hear in Herbal in Shoreditch, just instead of fitness fanatic, toned bellied dancers you find teenage dirt bags in their late twenties zoning out on drug-fuelled cocktails. Josh turned to me and said he preferred watching druggies dance to this kind of music, I laughed.

As the place gathered we then noticed everyone there was some kind of street dancer, lots of annoying dance moves that involve elbows and not drumbeats were flying around the room, busy as epileptic fits. We wanted to dance, but we couldn’t share the floor, not just because we wanted to two-step but because these guys were floor hogs, if we stepped two meters forward we’d been in ‘elbow to face’ impact zone, then we would have had to sport sunglasses like the clowns in the Hip-Hop, R&B night clubs.

So we shifted, I was hungry and Josh was tired, the plan – get money out the ATM, find good pizza, go home.


Josh finds an ATM outside a deli, the card, clamped in his hand moved in slow motion towards the slot when we heard a man shout “STOP!” everything in the world froze, even our hearts. “BEFORE YOU DO THAT! I AM NOT GOING TO ROB YOU!” a black guy, about 5’9 and wearing a bomber jacket that made him look like a turtle in a hard-shell stood before us, holding out a piece of paper “I HAVE JUST COME OUT THE STATE PENETENTARY, THE BUS DROPPED ME OFF AND I NEED TO GET OUT OF HERE” our eyes were wide, any tiredness we may have felt vanished as we anticipated any sudden movement “ALL I NEED IS $2.75 TO GET OUTTA HERE! ARE YOU GOING TO HELP ME!?” … silence, the heavy hands of time fought against us, Josh moved the marbles of his eyes without blinking, they swung back and forth like a restless lunatic. We were straight jacketed in 10 seconds of awkward silence, procrastinating… “errrrrrrrrrrr…. Errrrrrrrrr…. Errrrrrrr…. Nooooo …” now I half expected the worse “muthafucka!” he mumbled to himself and quickly walked off, fading into night. 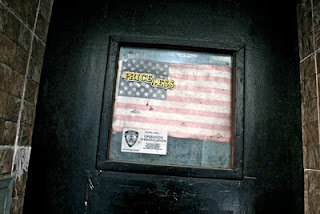 Josh and me looked at each other, relieved. Josh then realized his arm was still extended with his credit card still frozen in his hand. It never made it to the slot of the machine. Josh said “ok. Won’t be getting out any money, you can buy my pizza” and put the card in his pocket, it took me about thirty seconds to laugh at his cheeky comment.

We then saw a pizza place across the street, we jay walked across it and I noticed five hooded up black guys walk in just before us. We took one look at the flat and plastic appearance of the pizza and walked back out, but as we did one of the guys says “what’s good black!?” to Josh, he ignores them “HEY!” he shouts and then we hear another voice this time aimed at me “HEY WHITE BOY, WHITE BOY, COME HERE MAN!” we power walked out the shop and up the road before Joshua says “ohh’ kaay .. This is getting a bit strange.. lets go home!” we found a Pizza joint by a busier road that we were familiar with, we sat hidden at the back, nibbling our pizza in nervous silence like mice under thin floorboards.


On another night Josh and me separated, I went to Brooklyn with Maria, the lovely lady who we stayed with for the first few days. She told us about a poetry night uptown and we went. During that journey we ignited conversation, the type of talks you can only have with a handful of people. It was mainly about love and loss until we got into politics. I should know to sway from any political conversation from any American citizen; it nearly got my head served when I was in Ohio three years ago when I referred to George Bush as “the worlds biggest terrorist”. Maria and me were sitting on the train when 9/11 came up in our conversation. I shared my views about it being a dirty inside job…Maria was appalled, I defended myself until she explained she was there on that day. “No one person could do that, I saw it, you weren’t there, trust me no one would do that to their own country” “Hitler did” I said hastily “but I guess that’s another story”, she got upset with me again, I thought fast, quickly springing our friendship to the rescue … “well I love OBAMA!” a smile then swam to the surface of her face and we shared our favorite Obama facts.