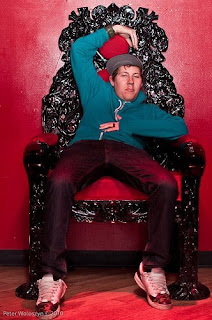 I met Jon Sands in New York at a poetry night called ‘Food For Thought’ in Bed Stuy (Brooklyn).

Blown away by his set, I bought his CD and on listening, I was as impressed with his writing as I was with his performance.

A regular argument with writers is 'Spoken Word artists aren’t actually “poets” per se. They write unstructured prose for an audience. They shouldn’t be credited as “poets” as poets are supposed to be as passionate about form as much as language.'


I don’t agree, but I would agree that most good Spoken Word artists are stronger performers than they are writers.

Jon Sands to me is among the rare breed to package par-excellence in performance and writing and actively call himself a Spoken Word artist – not a stand up comedian, storyteller, entertainer. NO! – He’s a Spoken Word artist, YES! - He's been published. 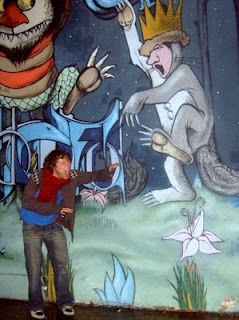 My name is Jon Sands. I’m a native of Cincinnati, but I’ve lived in New York City since 2006. I’ve been a full-time teaching and performing artist since 2007. When I’m in New York I ride my bicycle to all five boroughs (except Staten Island). I will change plans if the sun is out, and winter is most definitely not my shit, but my roommate told me there’s nothing more poetic than seasons. I fall in love at least six times/day, and Andre 3000 has to be the artist that most consistently blows my mind. I’m scared of dying, but I think I’m coming to grips with that.


Q. What is your personal mission as a Spoken Word artist?

My interaction with this art has felt much like climbing a pyramid, and only being able to see the next step. I want to make sure I don’t get stuck on one step for too long. I think I used to feel a larger responsibility to write a good poem, which sounds like a quality goal, but I’m finding that consistently checking in with myself to write “today’s” poem has been more rewarding. I’m less concerned with recreating poems I’ve already written. We wake up different people than when we went to sleep. There’s something in an artist that has to be ok with that. I’d like to be brave enough to let my art reflect the ways I’m changing, which means that when following a creative thought, you’re consistently mapping uncharted territory. The artists to whom I traditionally gravitate are ones I can look to each year or two and say, “So that’s where you’re at now.” There’s something constantly changing that makes them trustworthy for their audience. If you check five years later – they’re making the same art, and you’re a different person it’s harder to feel like you live on the same planet. So, I guess my mission is to consistently figure out my mission – and then be okay with it changing. And, to not be lazy. Across the board – I can’t help but feel laziness is our enemy. 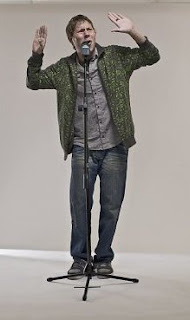 Q. How do you think Spoken Word artists and poets can push Spoken Word poetry as a genre and could poetry/Spoken Word generate mainstream appeal?

More than anything, I think growth comes from a genuine interest in pursuing knowledge. Granted, the amount of poetry out there can be absolutely overwhelming (but I think that’s a good thing). I’m always happy to meet and interact with poets who READ poems. So much of creativity is carving out the space in a world that only your voice can occupy. I think that task becomes infinitely more difficult if you’re unaware of what came before you, and what else is happening right now. There’s an incredible amount of fun to be had in reading poetry, fiction, short stories, non-fiction, the encyclopedia, and you find that your ability to better tell your own story grows ten-fold without you knowing it.

Having said that, our art form has such a magnificent backbone in the open-mic/open-slam scene that we can lose sight of the idea that the poetry can be its own appeal. Not every audience is made on the agreement that they too will be able to bless the microphone that night. I’m continually inspired by the spoken word artists that put a large effort into organizing amazing shows in which they maintain artistic control throughout the night. I love the feeling as an audience member of riding shotgun, completely trusting the driver to deliver me wherever they want. For me, that trust is nearly impossible in an open-mic/poetry slam (meaning that kind of trust with an entire night). There seem to be more people each day pursuing that route, and thus opening unbelievable doors for our school of artist to walk through.

Q. You are also a workshop facilitator, would you say the educational route is the best way to stabilize yourself as a poet?

Stabilize like money? Certainly, I think the best way to stabilize yourself is to not have just one thing you do. There are amazing poets that don’t feel comfortable at the head of a classroom, but can sing their ass off, or can sell a project to get it off the ground. Facilitating workshops has been a wonderful gift for me. I think there’s a journey in writing quality curriculum that is not unlike making art, and if you leave a group of people who are happy with the experience they’ve had that day, that only opens up the door for you to do something more often. I think the goal is always to be a 360-degree person (I think Quincy Jones might have coined that phrase). The artists I find myself gravitating toward and supporting are the ones that can do a lot of things well. The ones that can take a room full of people on a journey in their set, then again when the people in that room go home with their merchandise, again the next day in a classroom, and again at the after party. 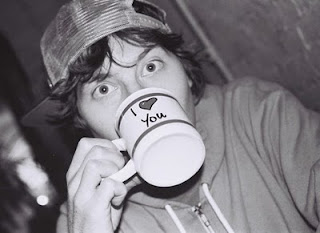 Q. Who is your favorite Spoken Word artist right now and why?

If that isn’t the most difficult question of the bunch... I’m pulling incredible amounts of inspiration from both the large and small communities of which I’m a part. The spoken worders that currently have my creative goose cooking at warp speed are Jeanann Verlee, Adam Falkner, and Eboni Hogan (all based out of the big apple – and my community bias is unmistakable). They create whole worlds with their poems and stamp my passport for entry. Such care is given to the small details in each poem with unbelievable trust that the reader/audience will know why we’re there and why we’re important. All three of them make me laugh/cry/think out loud within the course of two minutes. I love poems that feel multi-dimensional and carved out of the complicated world we live in (where joy and sorrow appear to consistently live inside the same moment). But, come on, who can possibly choose three (let alone one)? On any given day you can hear me calling Roger Bonair-Agard/ Patricia Smith/ Rachel Mckibbens/ Cristin O’Keefe Aptowicz/ Shira Erlichman the best to ever fall under the Spoken Word umbrella. I could go for days. 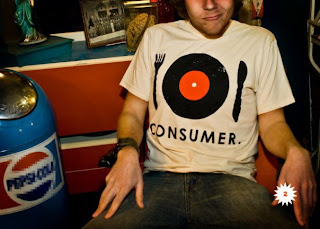 Q. Describe the worst performance of poetry you ever had to sit through?

Ooooooh, I don’t know. I’ve definitely sat through a few hard-to-sit-through evenings of poetry, but I don’t think I could call anything out by name. I find it hardest to stay seated when a performer seems to buy into the caricature image our art form makes in the heads of people that haven’t seen it. Though, I’ve seen audiences absolutely lose their shit over poems I felt in my heart of hearts were whackety-whack-sauce, so I try to just love and appreciate the stuff that vibrates with me, and not worry so much about the stuff that doesn’t. I think Common said it best – “Some of ya’ll pop to it, I ain’t relatin’. If I don’t like it, I don’t like it, that don’t mean that I’m hatin’.”


Q. What are the biggest nuisances about the Spoken Word Poetry scene?

Honestly, I try not to put too much energy into the nuisances. If I had to choose though it would be the resistance to growth that can be caused by the poetry slam (which I believe is also an amazing catalyst for the ways our bodies experience this art). It seems far too often, poets experience success (or perhaps slam victory is a better word?) in a certain type of poem or writing, then neglect to acknowledge in their newer art (if they have newer art) that they are a changing person. It’s disheartening to see talented people attempt to recreate poems around a template that has assisted them to the comfort of consistent slam victory (a lovely competition that has never been a quality judge of the breadth of someone’s work). It can be scary to write today’s poem when even you are expecting some of yesterday’s magic. But, that is an incredibly temporary problem (at least on an individual scale). Your creativity comes from your body, and the house always wins, so most people who chain themselves to one type of thing end up shifting their approach, or stopping writing poems altogether. 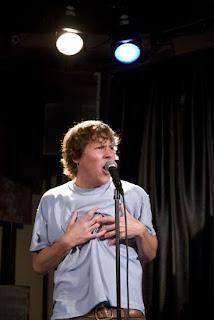 Q. As a Spoken Word artist that competes in slams, what’s most important – The writing or the performance?

I have a friend who consistently asks the question, “Would you rather see a mediocre poem performed incredibly, or a magnificent poem with a performance lacking any of the poem’s magic?” I tend to side with the idea that a poem has many lives, all of which are interconnected. The artists to whom I gravitate are ones that take advantage of each opportunity for discovery. I write to discover, and perform for the same reason. Whenever you have an “aha” moment reading or listening to a poem, it’s only because the artist has also had that same moment. You enjoy it together, and when it happens through performance, sometimes it’s simultaneous. That said, a poem can have such an amazing life on the page. It can team with your imagination and dance through your entire body. As an audience member, it’s difficult to reach the highest highs with an artist who appears to not have excavated the possible discoveries in the writing process. I absolutely lose it for a poem that’s always trying to find something, and reading a poem aloud is the best way I’ve been able to help find that trail. Though, it was Shira Erlichman who said something along the lines of, “I want to feel like I’m in a picture, constantly chasing something only slightly out of the frame.”

But the good news is you can be as good as you! And, that definition is constantly changing. It’s also the only path you got, so you better buckle up and enjoy it.

For more on Jon Sands - www.myspace.com/jonsandsmusic 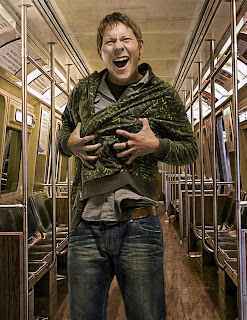 Posted by Raymond Antrobus at 04:20