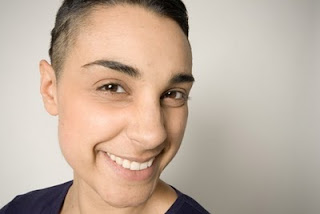 Considering she has a degree in psychology it surprised me this was a revelation to her but apparently on a degree level art and psychology are never linked.

Recently I sat through a set of poetry by London based poet and Spoken Word artist Jasmin Cooray.

Jasmin captures something disturbingly beautiful in her work.

Some of it goes beyond bone to the marrow. She has a piece called ‘How The Tiger Got His Stripes’ which intensely explores self harm from a personal perspective.

She’s training to work in mental health and this led me to approach her to find out if the drive to get into mental health is connected to being a poet.

Hey Jasmine, ‘How The Tiger Got its Stripes' is a bold and a brilliant piece of work. I’d like to ask you if it was written for your own therapy and how does the line get drawn from a poetry reading/ performance and a public counseling session?

I wrote 'How the Tiger Got His Stripes' to tell a mishmash of stories. It contains a combination of moments of my own experience of self harm, partial fiction, and complete fiction. It would not be accurate to say it had a therapeutic function for me: my internal work around learning why I self harmed and how to cope with emotional difficulty in a healthier way came later, and continues. I didn’t ‘feel better’ after writing performing that piece, because it only contained some of my story. I don’t think you can do it halfway. People said it was a brave piece, but I think that is because it is uncomfortable to talk about spaces of vulnerability, and then, in front of an audience you increase that vulnerability. But I was emotionally detached from myself so it wasn’t therapeutic to perform personal work. What was nice was having people come up and talk about the significance the piece had for them, that it spoke for some part of them that was silent. 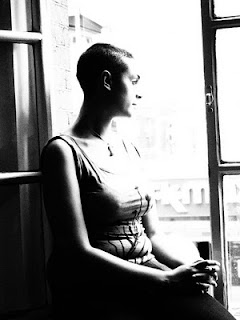 But it is a risk. An audience holds no guarantees: they owe you nothing, so you could receive compassion and sympathy or rejection and shock. To impose a demand for support on their audience, a performer would have to indulge in a serious illusion that their audience had an investment in them, and, on a more basic level, were listening. Most of the time, social guidelines mean that audiences display a basic level of respect. The convention is that they listen to you, but they could wander, switch off, chat. No one is obligated to really come with you into what you’re saying, because no one will pull them up later. On the flipside, there is also a wall between you which is protective, at least in this culture.

Counselling is about being listened to and supported. The only two similarities I can identify at this point between performance and therapeutic work are 1: having a space to say what you want to say and 2: having some form of validation, whether that is applause or someone showing that they are listening without judgment. The spaces are very different, though. Performance is often one-way, not interactive, often edited, not spontaneous, and it calls for approval rather than exploration. If you’re asking where the line is between the self indulgent and personal…who is at liberty to say? If we can take indulgence to mean taking beyond need ( ‘I will have another potato even though I am well fed’) then you could suggest that writing/performance that calls for the audience to do work the artist should be doing for themselves is indulgent. Often we can stimulate audiences to respond to us in particular ways, and take from them that way. For example, maybe I rarely use explicit humour in my work because I don’t like being laughed at. Maybe I use personal subject matter because the silence makes me feel I’m being listened to, which I need. I don’t think it is possible to always give yourself everything you need. Performance can be a go-between.

Therapeutic work and where it meets creativity is highly complex, and at the same time, extremely simple: we need to be heard, we need to find ways to be and survive, we need to work through difficulties. There isn’t one way. Each of our ways is different. 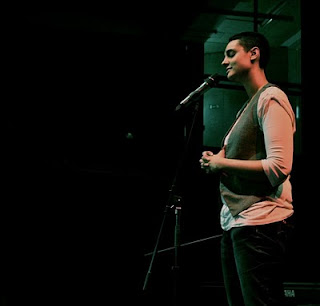 where should the lines be drawn between the poet and the poem or the art and the artist and can art be cathartic?

I wonder if it is possible or useful to draw a line between an artist and their work. The work does not come about by itself. Even if someone reads or hears a poem and doesn’t know of the writer or anything about them, what we write is born through our opinions, feelings, the patchwork that is woven of our experience. I love this: I want to meet the person in their work. Even if something is anonymous, it still holds the person who made it within it: the same way everyone makes a cup of tea a different way. Beyond this, I think it is up to the consumer how much importance they assign to the creator of something that they like or enjoy. Often the work means more to a person than the creator. For example, Michael Jackson often inspires the phrase ‘I don’t care what he might have done, he made great music’. In this case, whatever importance the listener places upon their enjoyment outweighs questions that challenge the integrity of the maker. But then we live in a society where denial courts convenience. It’s our choice whether we engage with the full picture that frames both artist and work, or choose to crop it according to our comfort level.

Considering the craft of writing poetry is largely to do with finding your own truth in your own voice how can this be achieved without becoming overly self conscious, egotistical or vain?

I think it depends on who you are. Some work relies on arrogance to carry it- but then the sacrifice can be a connection with the audience. A lot of people don’t care if they display inflated ego within their performance, it’s part of whom they are or what they want to present. That is for the onlooker to decipher. But we have to have some form of self-confidence to even get up there and share our work. In terms of truth: only we really know what is true and what is not. If we perform work that doesn’t fit with who we are, we can create a split in ourselves, so then the choice rears its head: stay in the cushioned safety of a persona or venture into yourself. If you are validated as a persona it is safe but meaningless. As yourself, the risk is bigger, but at least whatever comes your way is really for you, an at least your audience can trust you.
Posted by Raymond Antrobus at 10:51