Poetry Meets Religion and then other things part 2 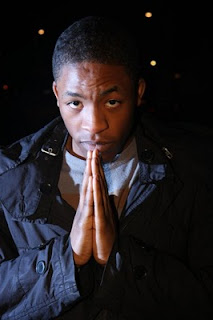 As we zoom out the universe that Niall O’Sullivan has scrutinized under his telescope, we can hang up our lab coats, free the monkeys from their cages and put away the Oxford Dictionary.

Let us now look into an even more ambiguous belief system - one of spoken word performer - James Massiah.

I mentioned religion being a bit of a crowd splitter so I was a bit worried about getting in contact with James just to ask about his religious views, like some kind of overeager Jehovah’s Witness recruit.

Having seen James perform a few times I decided to ask him more specific questions about the topics he tackles.

Here he is performing a piece called Dance With The Devil.


Massiah, you challenge a lot of stereotypes enforced by society on young black boys... what is your role in breaking down those barriers and does your faith provide a role in that?

Everyone deserves a fair shot at life, and because of the stereotypes and assumptions that are often put on young black males we don't really get that fair shot. Throughout history people have come along and changed social ideals and altered people’s perceptions on certain things I would hope that my art allows people to change their perceptions in a similar way to those that have done so in the past in the fields of art, science, religion, politics and so on. More specifically in regards to this question, I'd hope that I change people’s negative or infantile views on ideas about race, culture and ethnicity; through not only my art but my character and moral values too.

Do you think preaching and sermonising can be used as a form of performance poetry?

In as much as a sermon is often a man with a microphone telling a story and sharing his views on an issue I certainly think so. There may be a marked difference in the preachers style and form in that it may not be as verse oriented as a poet's, but I've seen many an evangelist with tons of charisma turn a congregation much in the way that I have seen performance poets rouse crowds with their poems.

I preached my first sermon before I performed my first poem and so I definitely feel there is an overlap between the two that allows for one to be able to learn or appreciate the values of another, stylistically at least if not theologically.

Are you saving the world or saving yourself?

I'm no pessimist, but I shall certainly sound like one when I say that the world is beyond saving. In saying that though, I truly hope that in saving myself, the small pockets of the world that hear my poetry, see my shows and meet me will be changed for the better as a result.

"as far as I'm concerned it is not a contradiction to say both - God does and does not exist"
Posted by Raymond Antrobus at 07:44