A Fasinating Experience At Church 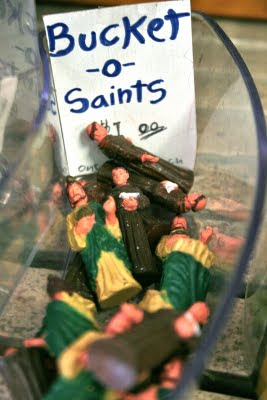 This morning I gave a Poetry Reading at the Stratford Unitarian Church.

About 20 people were present, aging between 40 and 80 as well as a few children. It started with a service delivered by a man called Julian.

His presence was gentle, you could feel the kindness in his heart just from the way he stood, smiled and welcomed you as a stranger without looking like he’s trying to work you out. Genuine friendliness is always refreshing when you live in a city.

I noted the pauses Julian gives between his sentences when he talks. It shows real consideration and weight to the presence of the voice in his words. I admire this greatly.

The service was held in a small hall with five rows of blue fold up chairs. The windows were dyed with bright colours. Light blues, orange and purple so when the sun shun through them it intensified the warmth and you felt like you were bathing.

My body seemed to adapt to another type of gravity. I thought of my stomach as a lottery machine and my guts as white feathers and ping pong balls in a spin cycle.

After a few hymns I was invited to stand behind the podium and read some poems. I started with a new one about loneliness called ‘Hey! Look! The Sun Is In The Sky And It’s On Its Own’.

I felt slightly awkward at first, unsure if my being there was understood or appreciated but I locked eyes with one particular woman who was sat in the middle row. She had wrinkles around her eyes and mouth. Her hair was the colour of dried out straw. I’d say she was about 40. The purple and blue lights made a disco of what was otherwise an intensely sad face. She looked like she’d been crying recently... but I wasn’t sure. I kept reading the poem and the energy between me and this woman was electric.

Not to come off like I was being some kind of prophet but I felt like I was saying something she needed to hear. Somehow, I felt this connected me to the entire spirit of the room.

I was followed by a man called Steven who sang in the Eurovision contest in 1983.

You might imagine some kind of croaky voiced washed up Elvis impersonator with a toupee, but actually he sang a beautiful song about his friend who has become a Dad. It was touching.

After the service I was thanked and got into a conversation with a man who has recently lost his wife to cancer. He was tall, with brown and greyish hair. His eyes were so blue they looked hopeful no matter how his face moved.

I asked him if grief is like heartbreak. He said “they are exactly the same but the belief you won’t get over it is stronger”. He said, almost embarrassedly that he’d read a self-help book called “The Power Of Now” and explained how the history of love for his wife cannot settle inside him. I contributed ideas from philosophy books I’ve read about how time is psychological but it felt too easy to recite ideas that have derived from pain that is not my own.

He told me about the last conversation he had with his wife. She was on her deathbed; she’d hugged him and made a joke about how a man so full of life will find love again in 6 months... the only time he broke eye contact with me is when he said “it’s been a year and a half”

I listened, surprised how this conversation didn’t make me feel awkward... I was looking into his eyes and felt like giving him a hug.

After he left I had a rather profound conversation with Julian in the empty hall.

Some of it I actually want to keep for myself but I will touch on what he said when I told him of my (non-religious) beliefs.

“I don’t know if there is an afterlife... I don’t think Jesus is the sole answer for everything... However, if life is a journey he makes a great travel companion”

Hearing this from a minster you can tell is so well connected to himself and his world felt incredible... like he reached into my heart and shook it while saying “hey Ray... look like this... beautiful isn’t it?”
Posted by Raymond Antrobus at 08:18