An Evening In Edinburgh (Inky Fingers)

On the way to the venue I saw a woman drop her pants and take a piss in the middle of the street shouting “FUCK OFF! FUCK OFF!” as her piss trickled down the road.

After I got off stage at Inky Fingers a guy in the audience came up to me and said “I really liked that piece you did about domestic violence – it was bold. I have a poem about three squirrels raping a pigeon."

Left venue and went to traditional Scottish pub with Harry Giles (host of Inky Fingers). We were followed by a man who read on the open mic. We sat at the back next to five whiskey drinking fiddle players while he told me what it was like to be in a mental asylum in the 70's.

Back at Harry’s house he showed me The Salt Book Of Younger Poets. I saw a poet in there who is born in 1991. This depressed both of us. 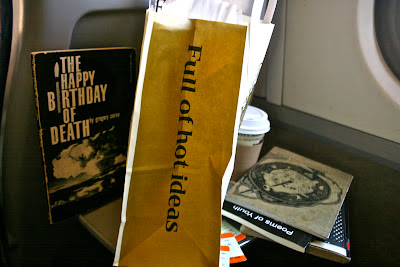 Posted by Raymond Antrobus at 06:51