My name is Raymond Antrobus, I have been a poet and Spoken Word artist for six years. I am currently studying for an MA in Spoken Word Education at Goldsmith University and I am writing this as a response to The Independent's article which appeared today titled 'Poetry Slams Do Nothing To Help The Art-form Survive' written by self proclaimed poet and Slam workshop facilitator, 'Nathan A Thompson'. - http://www.independent.co.uk/arts-entertainment/art/features/poetry-slams-do-nothing-to-help-the-art-form-survive-8475599.html

Let's dissect this article, it begins...

Poetry is dying. Actually, it's pretty dead already for all intents and purposes and the rise of performance poetry slams is doing nothing to help matters. I know, I used to be a performance poet.

a) I've never heard of you mate. b) what are your credentials? I believe it was Inua Ellams who said to me once, "you are not a poet until someone calls you one" -

Anyway, quite a sweeping statement to open with Nathan, but you're trying to get our attention, let's see how you back up this opinion of yours.

The first poetry slam competition was held in Chicago in 1984. Named after a brutal wrestling move, the slam saw poets perform original pieces for a live audience who voted for a winner. The early slam poets railed against what they pejoratively referred to as page poetry. They demanded, along with Bukowski, that poetry “have guts”. They wanted to democratise poetry and drag it from the academic ivory tower.

OK, why you did enough research to know Slam began in Chicago, yet you didn't want to credit the name of the poet, Marc Kelly Smith?
But there never was an ivory tower. There was no cabal of posh people who had purposely made poetry unintelligible. Poetry has always been words on a page, open to anyone. The politicisation of art and the drawing of sectarian lines continues to damage poetry to this today.

The statement that "poetry has always been words on the page" is a pillar out of place in your tower. I do believe poetry began as an oral tradition before a written one. New York Poet and founder of The Bowery Poetry Club, Bob Holmon calls a poem that is written and performed the practice of 'Oral-ture', I think this suits as it acknowledges a craft of writing and an art of public speaking.

The truth is "words on a page" are only "open" to someone who can read them, in schools the most common educational need is for students with writing and reading difficulties. Unless you are deaf, speaking verbally is always going to be more accessible than anything literary.

Why not check in on a Revolutionary Russian poet from the 1920's called Vladimir Mayakovsky? In his book 'How Verses Are Made' he states

“The question of the tone of a poetic work is connected with matters of technique. You mustn’t design the thing to function in some airless void, or as is often the case with poetry, in an all too airy void. You must keep your audience constantly before your eyes, the audience with whom this poem is aimed. This is important in our day when the most significant means of communicating with the masses is the auditorium, the public platform, the voice, the spoken word" 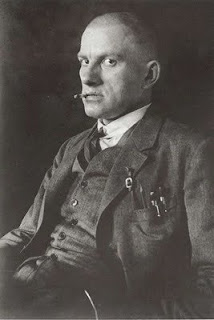 Mayakovsky speaks in favour of the idea of craft of poetry but against your elitist idea that poetry belongs on the page, accessible only to those already privileged enough to be able to read.

Like sipping a fine wine, reading poetry cannot be rushed. It reveals its pleasures over time, rewarding the careful reader with something new and beautiful each time. It runs bang against the grain of our quick-fix culture. It is already a lost discipline. I have taught poetry to hundreds of children aged seven to 14 and not one of them could name me a poet beyond Shakespeare.

Wine sipping analogies Nathan? oh' I say! so there is a correct way to appreciate poetry?

I am also teaching in a school in East London, leading lessons on GCSE Poetry, poetry workshops and in class open mics as part of my Spoken Word Education MA. Some of the kids have watched youtube poetry videos by George The Poet and Anthony Anaxagorou. Simon Armitage, Inua Ellams, Benjamin Zephaniaire, Hollie Mcnish, Roger McGough, even Dr. Sessus are poets who have been referenced in other schools and workshops I have attended and ran.

The reason Shakespeare is still the main reference point for people who haven't experienced poetry outside of education is because Shakespeare is claimed by the people in the Ivory Tower who use his work to symbolise British national pride. English teachers fear teaching poetry because of it's ambiguity, but engaging classrooms with debates and setting context suitable to the experience of young people is essential and most teachers fail to achieve this, fortunately I can name many Poets in schools who are achieving this to revolutionary levels - Jacob Sam La Rose, Peter Kahn etc

A further nail in the coffin is the rise of poetry slams. I have performed at many slams and the audience is almost always half drunk and if you want to win you have to pitch your poem pretty low. The result is a scene rife with the poetic equivalent of nob jokes – and plenty of actual nob jokes.

Seriously Nathan a) Poetry Slams are not on the rise - Slam Poetry is a genre of Spoken Word and that is what is on the rise - Spoken Word. b) Check the actual Slam Champions in this country - Keith Jarrett, Harry Baker, Adam Kammerling, Stephanie Dogfoot, Indigo Williams, David Lee Morgan, Deanna Rodger, Hollie McNish. Doesn't sound like you have had the experience of witnessing actual Slam Champions who do not have a knob joke to boot.

The only division in poetry is between those people willing to take the time to read it and those who will not. When Emily Dickinson said only “the fairest” may enter her house of “possibility”, she wasn't being elitist –she was putting up a barrier against the lazy.

So you've decided to reference another poet and that is Emily Dickinson - a poet from the 1800's... a dead poet... i.e. a poet who will not come and take the job you have facilitating slams in schools, a poet who will not be booked to read her work instead of you at this years Literature Festival - Safe move Nathan.

Most slam poems are not strong enough to be published in even minor poetry journals. And that's fine; maybe they don't want to be. Then why attack the poems that do? It's like there is an oedipal urge to kill the art that made it. We cannot allow slam poetry to replace the role poetry plays in our lives. The threat is there.

John Keats fell victim to these criticisms for writing poems in cockney, "what business does a boy from Moorgate have writing poetry in his lowly manner" they sneered. Again, Slam Poetry is not replacing the role poetry plays in our lives, it is however challenging, revitalising and opening up new pathways which could lead to the question "what is poetry?" - and maybe then they will then go and seek out poets who can write in a way that person can understand. I believe there is a poet for everyone alive, it is about discovering them.

There is a school of thought that thinks slams are the answer. The slams I have attended have little to do with poetry and everything to do with a Darwinian death match where the audience picks the winner like some blood-crazed Circus Maximus mob. Poetry, like all art, whispers its message and we must learn to slow down and take the time to hear it.

Why do you accuse invisible people Nathan, who has this school of thought? can you please do your research before attacking a culture? isn't this how fascism starts? someone gets the wrong idea about a group of people and starts spewing propaganda against them?

Nathan, admit it, you are not talking about "the death of poetry", you are talking about the "death" of your definition of poetry, but it is not a death Nathan, it is just a shake up. Realistically, what is threatening you from reading poems, slowly and carefully while sipping wine in your Ivory Tower?
Posted by Raymond Antrobus at 10:05