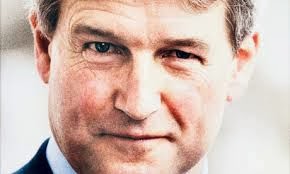 in the grip of a man
who shakes more hands
than he holds.

who knows the slash
better than the marks
they leave on the ground.

O, Owen,
tell the men with castles
that they need canoes.

Lie to their tears
when it’s too late to stop
the flood.

we’re sucking
too much turbulence
from our whirling failure.

Q1. Can writing poems about climate change change anything?

A.     The first draft of this poem was called “Ode To Owen Peterson”, (I believe his name is Owen Paterson) so yes, ignorant poets writing about political issues need to research and channel their education through poetry.

Q2. What will you do with your educated opinion now you have written a political poem?

A.     The evening I wrote this poem, I fell asleep in the kitchen of my shared flat, leaving the heat and all the lights in the house blaring. When my flat mate came home to ask what I was doing, I said writing a poem about climate change. My educated opinion has intensified my guilt about this incident.

Q3. Really though, what are you going to do?

A.     I have signed anti-climate change cuts on SumOfUs.org, 38 Degrees and Change.org. I will participate in protests and not shy from confrontation with Climate Change sceptics. It’s about the facts.

Fact; if more people thought like my mother there would be no Peterson’s.

Actually 98% of people probably do.
Posted by Raymond Antrobus at 14:21