Lunchtime prose in the staff room

Looking out the window I see a man sweeping the street. He has made a pile of bright yellow and green leaves, fallen from the trees. Another man, dressed in all black looks like a shadow with clothes on. He is scooping the leaves into a black bin bag. There are two bags already filled and sealed with a knot. The bags are in the shade of an almost naked tree. The tree looks sad having lost the colours that made it happy.

I am having a discussion about Apartheid with a (coloured) man in the street. He is in his late fifties and tells me things are worse now.

The black government is more corrupt than the white one. They steal most the money that goes into our economy and apartheid is now reversed by giving all the jobs to the blacks even though in general they aren't as skilled. The black South African’s don’t even want to work.

He points across the road at two men sitting on the pavement. One of them is holding a beer bottle; his body looks thirty years younger than his face. The other man is barefoot; the skin on his feet is flaky and dry. I thought at first he was wearing grey socks.

Look at them!  Lazing around drunk at this time (it’s about 2pm).

I ask the (coloured) man what he thinks those men would say if we asked them why they’re sitting around in the street drunk early in the day? He suggests we go and ask them.

We walk over and ask if they mind being asked a question. Only the man I thought was wearing grey socks responds. He doesn’t look at me, he just shrugs his shoulders.

This is his response.

Where you from? England? … and you want to understand me? Your mind cannot be anything like mine. I am African. No European mind can be like an African. Now I don’t want to talk. Talking English makes me want to get drunk.

For Miss Able (The School Principal) -

To know the weight of your sky is to know the clouds are heavier than they look.

In The Township (Unedited Pictures) 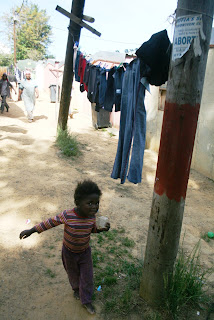 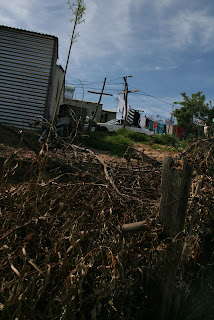 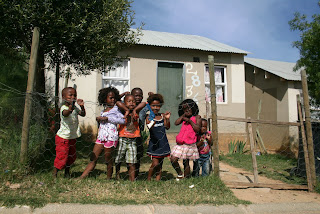 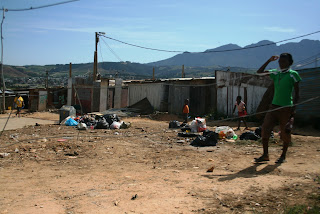 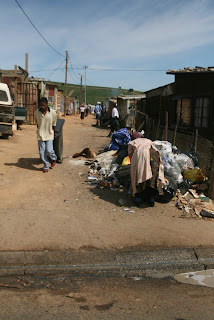 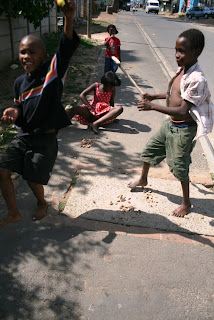 Posted by Raymond Antrobus at 00:47